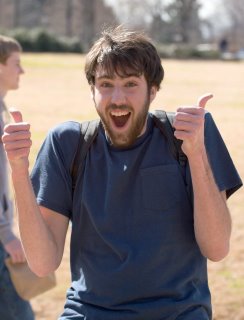 Bad Attitude Paralegal called me up today and told me that a case I had been working along with Happy Bachelor Lawyer had just settled. I have a small piece of the action of that case and with any luck, we’ll have that money in hand before we return to California.

I did some work on the case, but HBL was the one who a) believed in it way back when no one else would, and b) finally resolved it home after several previous unsuccessful attempts. So he well deserves his lion’s share of the spoils. I’ve no cause whatsoever to complain about my slice of it; it’s fair compensation for my contribution. And it comes at a good time, too — if all goes according to plan, we’ll have the money just in time for our move to California.