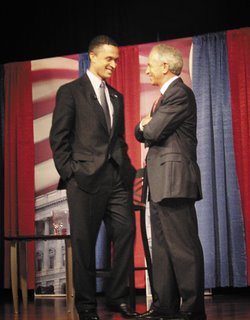 There is one thing that I miss about being in Tennessee right now — the Senate race between Bob Corker and Harold Ford, Jr. They are neck and neck and the balance of power in the Senate may well turn on the outcome of this single race.

And it looks like there’s some great advertisements going on. This one is easily the best — an attack ad against Ford by the RNC. Ford and his supporters claim the ad is racist, and the accusations have stuck enough that the RNC pulled the ad from broadcast, but frankly I just don’t see it. It’s really funny.

Now, if Ford really wants to play with the big boys, he needs to learn how to respond to something like this with a punch in the mouth. Wonkette apparently did that on his behalf, this time.

Damn, this is good stuff.