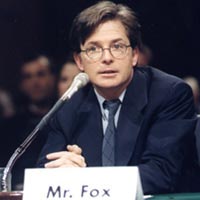 I realize that people who make their living selling political pornography (both on the right and on the left) have to be outrageous sometimes, and unafraid to take on the conventional wisdom, in the hopes of scoring a big hit. But Rush Limbaugh challenging Michael J. Fox was a serious gaffe, and an unkind cut at that. While Limbaugh accused Fox of “under-medicating” himself for his campaign commercial to help Democratic Senate candidate Claire McCaskill, it turns out that Fox was actually over-medicated at the time — so that he could at least deliver his message while his body engaged in open, painful rebellion against his consciousness.

While the whole affair may not help Claire McCaskill’s campaign for Senate in the critical toss-up race in Missouri, it certainly isn’t going to help the Republican. Indeed, it does nothing but make Limbaugh look bad, even to people who might otherwise have liked him. I’m reasonably confident that Missouri voters can distinguish between the statements of Jim Talent and those of Claire McCaskill and that this whole sorry episode will likely not impact the election in any significant way (other than the impact of Fox’s commercial).

But the whole thing has done at least two good things:

1. It has publicized, in a way that ordinary politics could not, the horror of neurological diseases like Parkinson’s, and the role that stem cell research could play in combatting these terrible medical conditions. Seriously, if you’ve ever interacted with anyone who suffered from a degenerative neurological disease, you wouldn’t wish it on your worst enemy. The worry that stem-cell research is going to incentivize abortions is asinine and another example of the kind of anti-science that gets me really upset.

2. It has left a big, slimy egg on Rush Limbaugh’s face. Even his half-hearted retraction of his earlier statements is effectively drowned in an avalanche of blustery revisionism and attempts to prove that he was right after all. I take as much relish in seeing Limbaugh exposed for the mean-spirited, intellectually bankrupt diminisher of the popular debate that he is as I do in seeing Air America go financially bankrupt as a result of its failure to be funny, commercially viable, or to present any kind of effective counterpoint to the right which so outraged its unfunny, unoriginal talent.