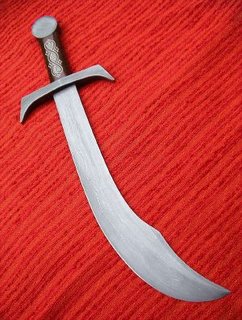 Words have power. Words have meanings — exact meanings. And when words are translated from one language to another, they can lose their meanings. Tonight, I heard a very interesting bit of commentary about the word “jihad.”

You may think you know what that word means. If you live in the United States, or western Europe, it probably means to you “a religiously-motivated war,” with a particular emphasis on the religion in question being Islam. You might think of the Crusades of the medieval period as a kind of “Christian jihad” against Muslims.

But, it turns out, the word “jihad” (in Arabic, جهاد) means a “struggle in God’s name.” It carries a connotation of nobility, moral righteousness, and religious obligation. The first series of jihads were within Islam and were to enforce moral and theological purity; only later in Muslim history was the word directed against followers of faiths other than Islam.

Some language experts suggest that by referring to Muslim terrorism as a “jihad” against the West, or calling the terrorists themselves “jihadis,” we are unconsciously giving them political credence and support among the Arab world. We are calling them something like “holy warriors” or “soldiers of God.” They suggest instead using the word “hirabah,” which originally meant “brigandage” (preying upon travellers in the wilderness, the opposite of the virtue of hospitality) and that has evolved to mean “sinful war.” Even the Department of Defense and the Department of Homeland Security has been considering this idea as being of some importance, although there is some concern that the word is somewhat archaic and might not be well-understood by the average contemporary Arabic speaker.

Still, maybe it’s high time we started learning, and using, a new word. I doubt it could hurt if we learn about the culture and language that will produce both the battlefields and the warriors of the next generation — and a more nuanced approach to the politics of that region and area could produce significantly better results than we’ve been realizing during this bloody Ramadan.