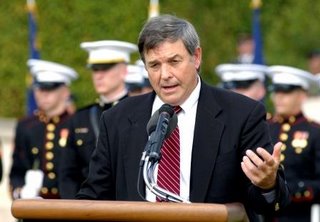 Congressman Duncan Hunter, a Republican representing East San Diego County, sees himself in the White House. Apparently he’s trying to appeal to big-defense, gun-loving “hardy republicans”. Translated, this means “Many Republicans (and the women who love them for being manly) who distrust John McCain and think Mitt Romney is kind of weird.” So I suppose there’s an audience there. 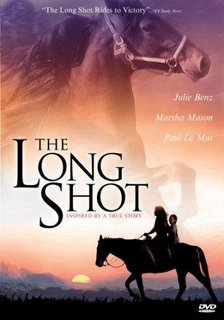 Now, I’m not sure Duncan Hunter is the right guy at the end of the day to be President, and he has the disadvantage of coming from the legislative branch of government — and the lower house, at that. The last sitting member of the House of Representatives to be elected President was James Garfield. But he seems to think that Republicans are going to want a “tough guy” to be their nominee. Still, I’m willing to listen to what he has to say before I vote.

Both Hillary Clinton and Barack Obama could eat Hunter for lunch (either with or without ketchup) in a Presidential debate. I’m also not real sure where Hunter would raise his money unless he becomes the darling of both the religious right and the gun nuts. So I’m pretty much joining the conventional wisdom in that, although the timing of Hunter’s announcement is canny (he’s getting in before the 2006 election is over, to establish his credentials) his candidacy is rather transparently one for the Vice-Presidency.