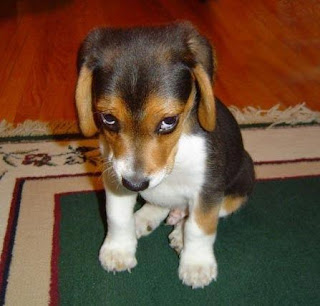 This article confirms something I have long strongly suspected — doctors are discouraged from using phrases like “I’m sorry” by their malpractice insurance carriers (and the lawyers they employ). This is intended to avoid having the doctor make an admission of liability in the event of a malpractice suit (and the indignity of looking like an adorable puppy).

Now, we all know that doctors make mistakes like everyone else, and the law of malpractice is there to compensate the patients and their families who get hurt when that happens. (Contrary to a popular misunderstanding in the lay public, doctors are almost never hit with punitive damages in malpractice cases.) And no one suggests that doctors should enjoy a blanket immunity from tort liability if they do make mistakes.

But doctors win most medical malpractice lawsuits that go to trial — you can look up the statistics on that yourself. You can probably also look up the amounts of money that are paid out in settlements and verdicts, and chances are, you’ll find that settlements are higher than verdicts. That’s because insurance companies and defense lawyers know when they have a real problem and when they have a case they can win, and they settle out the cases where there is a real issue. These are difficult cases for plaintiffs to win, for a lot of reasons, and there are already a lot of hurdles placed in the way of plaintiffs to pursue those kinds of remedies.

Having spent some time working the plaintiff’s end of such lawsuits, I can tell you that a sane plaintiff’s attorney is not going to put any significant weight on a doctor’s statement of “I’m sorry.” Other statements the doctor makes can be very significant, but “I’m sorry” is an inherently ambiguous remark; it can too easily be explained as expressing regret over the outcome of an unsuccessful procedure rather than as an admission of liability. In 99.99% of all cases, the jury will only get a second-hand description of the context and tone of that remark and they will give the benefit of the doubt to the doctor, every time. Doctors are sympathetic defendants as a general rule anyway — that is, except for the doctors who are arrogant pricks. And refusing to say “I’m sorry” or otherwise express sympathy for the human emotions resulting from an unsuccessful procedure only feeds in to the stereotype of arrogance from which doctors (and other professionals, like attorneys) suffer. 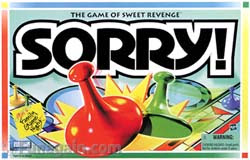 The doctor interviewed by CNN in the linked article is lobbying for a law making statements of sympathy like “I’m sorry” inadmissible to prove negligence. This would open up a gigantic can of worms for a trial court judge, which would be better left to the lawyers and parties to sort out on their own. When is a doctor’s remark an innocent expression of sympathy, and when does it evidence knowledge of a mistake? If the doctor knows he made a mistake, that seems like important evidence for the jury to hear and it should be admissible. If the doctor is trying to be nice, holding that effort at human decency against him will probably backfire against the plaintiff.

While it’s rarely a surprise when a popular media report about the law misses some important details, the CNN article does an unusually terrible job of distinguishing an actual admission of negligence from a generalized statement of sympathy like “I’m sorry,” and I suspect that is because the proposed law is similarly nebulous in its approach to making that distinction. This is as much proof as I need that this change in the law is a bad idea.

What needs to change is the advice that malpractice defense lawyers give their doctor clients.

The doctor in the CNN article linked above found that when he disregarded his lawyer’s advice and told his patients “I’m sorry” after an unsuccessful procedure, he enhanced the bond of trust between doctor and patient, and was generally able to work with the patient further to get a good final result — which is what both doctor and patient wanted all along. Had he used a more neutral, less caring remark like, “That’s too bad,” he would have angered his patient and increased his chances of being sued for medical malpractice — before he had a chance to make the situation right.

I’ve had tens, if not hundreds, of clients say that they didn’t want to go after a doctor who was nice to them — even if it turned out that was the doctor who actually made a significant mistake. The doctor who cares is, by definition, a “good” doctor and not a target for litigation in the minds of most patients. It’s the doctor who’s an arrogant bastard who should get sued. The patient, my potential client, is not concerned with actual liability because figuring out which doctor is actually liable (if any doctor is at all) is far too difficult for a layperson to do. So they latch on to things they can understand instead, and what they do understand is whether they’ve been treated like human beings or sides of beef. 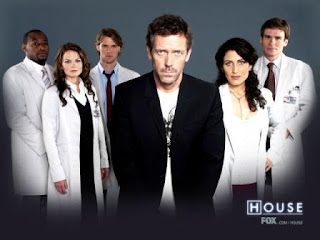 So based on that, when I have spoken with doctors, as individuals or in small groups, I’ve always encouraged them to use these kinds of phrases — not to trick them into saying something that would realistically come back to haunt them, but to offer good-faith advice about how to avoid being in a situation like that in the first place. Good medical skills are important, making good medical decisions is important, having a large mass of medical knowledge in the doctor’s brain and library is important. But the most effective tool a doctor has for avoiding a malpractice suit is her bedside manner, not her skills. Not once has a doctor ever said that this was bad advice, and most have admitted that a great many of their colleagues have terrible demeanors with patients.

So does a doctor face a risk by telling a patient “I’m sorry”? Yes, but the risk is minimal, and the rewards from that risk substantially outweigh the downside. Doctors shouldn’t need a change in the law to start expressing sympathy for their patients — they need to get better advice from their lawyers instead.