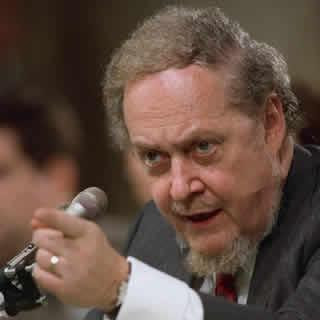 Noted tort reformer Robert Bork has sued the Yale Club of New York for a routine trip-and-fall negligence case. He’s asked for over $1,000,000 in compensatory damages, punitive damages, attorney’s fees and prejudgment interest. California and Tennessee, which I know about, are apparently no different from New York in not permitting those remedies for routine negligence claims like this one. The previous link also contains an interesting analysis indicating that Bork’s attorneys are a little bit too high-powered to be good choices for a soft-tissue personal injury claim like this. (Proof that BIGLAW “attorneys and professionals” don’t necessarily know what they’re doing any better than so-called “street lawyers.”) So perhaps we can understand why the national law firm of Arrogant, Expensive & Condescending, LLP screwed that one up, thinking that those sorts of remedies might be available as they would be in the securities cases they’re used to handling. But their client – more than just a lawyer, he was only a few votes away from being on the U.S. Supreme Court – should have known better himself before authorizing the complaint. And it’s as graphic a demonstration as I can think of that tort reform is a great idea as long as it doesn’t affect the tort reformer’s remedies when he gets hurt himself.