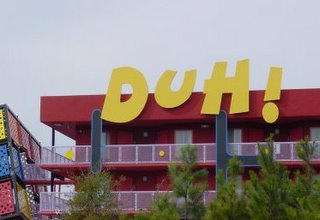 Ah, how disappointing to learn that people do not use the rational, logical parts of their brains when evaluating political issues. The same part of our brain that we share with our reptilian ancestors is what motivates political preferences. Sad, really. But hardly surprising.

It explains the visceral hatred of Republicans towards Bill Clinton and the reciprocal hatred of George Bush by Democrats. It’s why Americans think of their political opponents as enemies rather than adversaries and why it’s so hard for them to concede that those of differing opinions nevertheless have benign motives.

I’ve been saying for a while that this sort of thing is not enough to propel a political movement forward. I still think that’s true, but apparently it’s enough to motivate your forces in an election. I’ve become weary of it, though, and until a lot of other people are similarly weary, we’re going to see more, not less, emotional appeals that have little if anything to do with good public policy — coming from both parties.