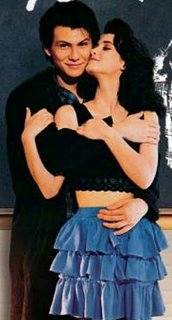 This weekend, we discovered that our cable provider has free movies on demand. They’re not first-run or even first-release movies or anything like that, but they are a nice supplement to a DVD library. We watched Heathers, the 1980’s teen-clique movie with Winona Ryder and Christian Slater doing the best Jack Nicholson impression yet filmed short of that guy from Something’s Gotta Give who really took the Nicholson impression over the top, but I’ve got to admit that he really looked like Nicholson did before the animatronic preservationists responsible for the Alex-Trebek-o-bot got to him. (Damn you, Disney, for laying all these guys off work and making them as dangerous as former Soviet nuclear scientists! They were under control when they made Abe Lincoln but now look what you’ve done!) 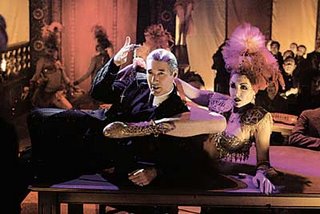 And then last night, I saw Chicago, and was again tickled by the singing and dancing, and Richard Gere’s Billy Flynn — who wins an acquittal for a confessed killer by planting evidence in his own client’s diary and arranges to have it “discovered” by the prosecution. As dirty and sleazy a trick as you could ask for, and one sure to get a real-life lawyer suspended, if not disbarred. But hey, it was just a movie, and a musical at that, so insisting on Ridley Scott-like realism is probably not the best policy..

Then today at lunch, we were discussion (among other things) what happens when all the parties to a contract die, and it’s difficult to infer their original intent other than by looking at the objective physical evidence of the documents they wrote.

It occurred to me that an unscrupulous lawyer would find it convenient to selectively eliminate adverse parties from time to time. It would be especially funny if he billed his clients for the time it took to murder their adversaries, and that was how he got caught in the end.

Jeez, I don’t know why I just give this stuff away.