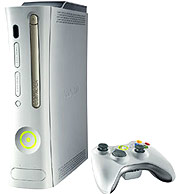 Last night, The Wife went to our friend’s baby shower. I hung out with her husband at their house, and he and I drank beer and played on his Xbox 360.

When I was a kid, the Atari and the Intellevision game consoles were toys for kids to play with. Things have come a long way since the 1980’s. The Xbox 360, and I assume its competitors like the Playstation 3 and the Nintendo 360, have some serious computing power and some serious programming. The games are for grownups and they are intensely fun. The games have high-definition graphics that are photo-realistic — at a glance, which is about all you can devote to most things while playing one of these games, the background and other characters look like they were shot with a low-resolution video camera, meaning that the quality of these animated characters is almost as good (until you pause to examine the graphics closely) as what you see on a regular TV show. 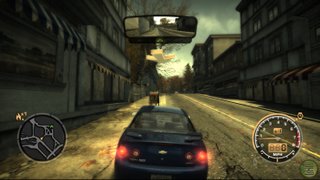 We played Call to Duty and Need for Speed. Call to Duty is a first-person shooter game with a World War II setting. The controls are very complex and not exactly intuitive. Need for Speed is a driving game and while its controls are more intuitive, they are very sensitive. Possibly the coolest thing about that game is when you drive your car off the road, the hand controller vibrates to mimic the rough feel of the terrain your car is driving on.

Also of great interest is the split screen mode. My friend played on the top part of the split screen, and I played in the bottom, and our characters in the video game world could interact with each other and see one another from differing perspectives.

I liked Need for Speech much better because it was too easy to get killed in Call to Duty and there were fewer things to do. Xbox controllers, and I suppose all these games now, have a complex mechanism with two mini-joysticks, a four-bottom arrow pad, four press buttons, two trigger buttons, and two bumper buttons. If you grew up with this stuff or if you play with them regularly, I’m sure that using these controllers seems like second nature. My friend demonstrated another game for me, Oblivion, which is a Dungeons & Dragons kind of game, and the speed and fluidity that he moved around with was enough to give the rest of us vertigo. But I’ve little experience with these controllers and trying to control my video game character was difficult — often I knew what I wanted to do but I could not make my hands respond appropriately to do those things.

Still, it was a good time and it made me want to get my own Xbox. We have so many other things to spend our money on that this is a very low priority. We’re going to divert our extra money into The Wife’s new business for a time, and after that gets off the ground, we’re going to save money to buy a house. In terms of things I want, I’d much rather have a barbeque than an Xbox. But goofing off with the video game console sure was fun.