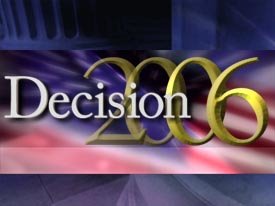 If the New York Times is to be believed, the race for control of Congress is coming down to the wire and is too close to call.

According to the Times‘ survey, with three weeks to go, control of the Senate is going to come down to fights in Missouri, New Jersey, and Tennessee, with Democrats needing to sweep these three to take a clear majority and if two of the three go Democrat, the Senate being evenly tied at 50 votes each (resulting in effective Republican control as the Vice-President casts tiebreakers).

The House is very much in play also, according to the Times. It is projecting 210 seats for the Democrats and 209 for the Republicans, with the remaining 16 races too close to call. An even split of those 16 races — 8 for Hezbollah and 8 for los burros sin pistas — results in Speaker Nancy Pelosi.

Where is the Times getting its data? From the most recently published polls for each area. For this reason, the data is both suspect and limited. It does not let us in on the knowledge of the polls for the house seats in question for the House seats, so it’s particualrly hard to know if these projections are accurate at that level. There pretty much is no ready data on the House seats. And the Times was, not very long ago, projecting a moderate Democrat win in the California gubernatorial race — although this has since been reversed and the Times is now projecting a Schwarzenegger victory which anyone on the ground in California could have told you two months ago would have taken a Mark Foley-like disaster to have derailed.

These last three weeks of the campaign season are the most intense and the most interesting. The last act of the season opened with the Mark Foley issue hitting the fan. How it will close is a good question. I’m still thinking that the Republicans are going to hang on to the House; the Senate seems to be much more in play as in the three key states, the Democrats are all leading. A lot is going to happen in the next 23 days.