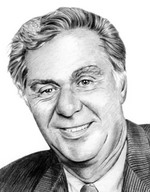 Dick Armey has not held elective office for a few years. He was the House Majority Leader (second-in-command of the House of Representatives) from the “Republican Revolution” of 1994 to his retirement in 2003. Some say he, and not Newt Gingrich, was the author of the “Contract With America” that was singularly responsible for putting the Republicans in power in the first place. From the comfort of a think-tank where he was the successor to Jack Kemp, he’s still writing about public affairs, still active in Republican politics, and he’s been dead-on in the past few weeks.

On September 23, he wrote in the Wall Street Journal that fiscally-minded conservative voters are up for grabs in this election cycle, and if the Democrats are clever or the Republicans are foolish, those voters who care about the economy and the budget may well be wooed to vote for los burros instead of los elephantes.

More recently, he wrote an eloquent piece about why religiously-motivated voters should support libertarian agendas instead of attempting to legislate their version of morality. Bear in mind, the man is himself a devout Christian and describes himself as a “values voter.” Still, this is sweet music to sing indeed. Whether it will sound so sweet to the target of his attacks — James Dobson of Focus on the Family — is rather unlikely. But then again, Armey isn’t trying to make friends with Dobson. He’s trying to re-create the Reagan Coalition of the 1980’s: fiscal conservatives, social libertarians, pro-military advocates, and evangelical Christians.

Armey best distilled his campaign, his clarion call for the Republicans to return to their roots, in the New York Times last week. The critical portion of his short op-ed in the Gray Lady reads:

Let’s be frank. America is facing a catastrophic fiscal meltdown that has the power to cripple our society. Americans are waiting for a serious, adult debate on retirement security and the appropriate size and scope of government.

Republicans need to return to the ideas that inspire their voters — lower taxes, less government, more freedom. That vision brought us into the majority in the first place. Reining in federal spending, reforming a broken tax code, passing realistic immigration reform and creating an ownership society through entitlement reform are all big ideas that resonate with voters.

The dude is dead on. We’re spending ourselves into oblivion and no one in power seems to care. We’ve become blinded by trivialities which, on acute analysis, are actually quite offensive. Republicans need to get off the big-government train and start espousing conservative principles about the role of the government in society, and getting the heavy burdens of taxes and public debt off of the backs of the American taxpayers and American businesses. The GOP has been doing a damn poor job of these things in recent years.

This is heresy to some of the people who have been calling the shots while wearing elephant pins. But as far as I’m concerned, he’s just about the most loyal of Republicans out there. Armey is saying that the party’s imminent loss of Congress is a symptom, not the disease, and the way to hang on to power is to cure the disease. To hold on to power, the Republicans need to get back to doing what they’re supposed to be doing — reducing the size, power, and cost of government.

He’s saying what he’s saying because he wants to see Republicans stay in power and he wants to see them use that power wisely and for the public benefit. We need people like him around; it’s a shame we don’t still have him in office still, although perhaps it is his very freedom from the need to run for re-election every two years that enables him to speak these truths.

One wonders what reception these unpleasant truths will earn him.