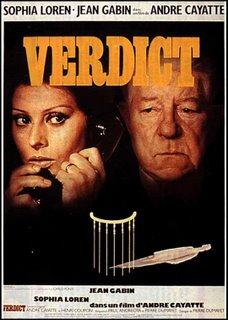 Early in the morning, the verdict in Saddam Hussein’s first trial will be handed down. The trial has been tragic political theater on a grand scale. The verdict, and the reaction of the Iraqi people to it, will be most insightful.

No one doubts that Saddam should be found guilty of all sorts of crimes against humanity and ordering murders, and that he deserves death, which is better than he gave most of his victims. Well, no one in the United States, that is. That is why Baghdad has been locked down until further notice.

One wonders if, given the absolutely chaotic three years that the Iraqi people have survived, they see Saddam as a figure of authority and stability rather than as a criminal and sociopath of astonishing dimenson. Nevertheless, when the inevitable violence breaks out, if it is extensive, it could wind up affecting the election on Tuesday.