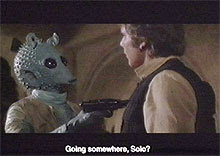 It’s puzzling to me why this isn’t getting more press in the U.S. media.

A Palestinian doctor and five nurses from Bulgaria, on a mission in Libya, diagnosed an outbreak of pediatric AIDS in 1999. They were promptly charged with, and then convicted of, infecting the children with the disease, and they were all sentenced to death. The primary evidence offered against them at trial were confessions extracted under torture. Eventually their appeals within the Libyan justice system produced orders for retrials. Those retrials, concluded a few days ago, have now produced fresh death sentences, based on the same evidence offered by the prosecution — but this time after Western epidemiologists testified that the outbreak for which they were sentenced began before any of the medics had been given visas to enter Libya in the first place.

I suppose I can accept that the U.S. and European nations are held to a different and higher standard of behavior than that to which less well-developed nations are held. But this fresh outrage is also quite disappointing. Libya had been making gestures about wanting to join the community of nations that know how to behave themselves. This is a huge step backwards.

Now, let me be the first to say that if, improbably, a sqaud of nurses and doctors did infect infants with AIDS, that would be truly horrific. But the claim is so far-fetched as to be ridiculous. Doctors and nurses, as a rule, tend to want to save children from terrible diseases. Perhaps one might be a psychopath or a serial killer — but six of them, working together like the Hannibal Lechter Death Squad? It just doesn’t make the remotest bit of sense.

I don’t know what the appropriate response to this would be. Diplomatic, I suppose, but if the death sentences are carried out, there must be some more stringent sanction than that, and merely clucking our disapproval is neither going to be effective at changing anything. Given that we’ve just normalized our relations with the country, and relaxed economic sanctions on it, strengthening those sanctions seems to be counter-productive. Perhaps a more focused kind of sanction, like preventing any U.S. medical personnel from staffing Libyan hospitals?