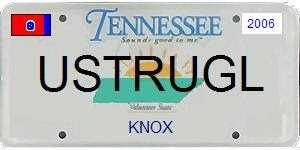 In order to protect the sanctity of marriage, Tennessee voters passed the Tennessee Marriage Protection Amendment. That way, no same-sex couples will be able to be married in Tennessee. That way, the sacred and ancient institution of marriage will be protected in Tennessee. Because, as has been seriously argued on the political right, if same-sex relationships are legally recongized, fewer opposite-sex couples will get married.

So, of course, what’s happening back in Tennessee? Hamilton County, in which Chattanooga sits, issued half as many marriage licenses in 2006 as it did ten years ago. Part of this has to do with the relative ease of getting a marriage license across the border in Georgia because in Georgia, there is no requirement that couples get four hours of marriage preparation counseling prior to the issuance of the license.

Premarital counseling may not be a bad idea, at least in theory. As Knox County’s forms make clear, the state permits a wide variety of providers to give this counseling — and it’s not at all clear exactly what kind of qualifications the providers need to have or what the contents of the counseling might be. (The actual law suggests things that “may” be in the counseling, but there are no required subjects and it seems that it could be nothing more than a four-hour lecture on Biblical injunctions about marriage and divorce.)

If Tennessee’s goal is to promote marriage, it’s taking all the wrong steps towards making that happen.