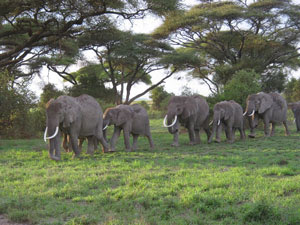 The Giuliani campaign website made two significant announcements yesterday while I was at judge school downtown. First, a “Massachusetts Leadership Team” was announced with a bunch of prominent-seeming Republicans including a majority of the Republicans in the Massachusetts State Senate. This is a huge early swipe at Mitt Romney, since it reflects that he doesn’t even have the solid backing of fellow Republicans in his own state. Romney, seemingly anticipating both this defection from the Massachusetts GOP as well as an inability to carry the state in the general election, seems to have moved towards adopting Michigan as his “home” state despite his Massachusetts credentials.

Second, Rudy apparently earned a sterling endorsement from National Review, or at least one of the of Weekly Journal of Americans Who Wish They Could Vote Tory’s frequent correspondents. It’s not clear to me whether this is an NR endorsement or not. Nor am I entirely sure if NR remains the flagship publication of the conservative “movement,” or whether it has been supplanted in that role by the Weekly Standard or maybe even the American Spectator. It sure looks like NR is behind the endorsement.

It sure looks like the pitch of Giuliani to conservatives has been going very well, and even principled conservatives who may disagree with Giuliani on social issues are coming to intellectually accept that he’s their best shot at keeping the White House in GOP hands. This may well turn the Republican primary into a protracted and subtle dance of what kinds of concessions the Giuliani Administration will be willing to make to social conservatives. (I wonder if this was part of the plans in the playbook that went missing and got leaked; probably not, though.)

That this is happening now, twenty months before the general election, is a very good sign, because it demonstrates that the GOP is getting its house in order early. That is more than the Democrats can say – Hillary Rodham Clinton and Barack Obama seem to be gaining momentum, and their early jockeying for position between themselves has so far seemed ineffectual. John Edwards is looking like an also-ran at this point, which must be a great disappointment to him. But hey, it’s still early.

Given the strong initial showing that Giuliani is making, I’ll be surprised if Newt Gingrich gets involved at this point as a candidate. Maybe it ends with Newt as Rudy’s running mate? That would certainly please social conservatives, and it lets Newt do what he did best, which is to serve as an attack dog. This might be more appealing than Elizabeth Dole as Rudy’s running mate. That’s just an idea thrown out for discussion, not a prediction or an endorsement. The point is, Gingrich would be well-advised to not get in the ring now, and it looks like Rudy pushed a reasonably impressive play yesterday to marginalize Romney. That leaves only two dogs in the fight of any magnitude, and Rudy seems to be betting that he can take McCain in the early primaries.

This is because McCain is distrusted by social conservatives. He may or may not be a good legislator, and I say that the fact that he makes deals at all with Democrats suggests that he at least has the skill set of a good legislator. Republicans’ evaluation of him in this respect should depend on the manner of the use of those skills; whether his history is of reaching acceptable compromises with Democrats or whether he has repeatedly given the farm away to the other side when it was unnecessary to do so. But, having the skill set of a good legislator, or even that of a good soldier, does not mean that he has the skill set of a good President. He’s led his fellow captive soldiers through an unimaginable ordeal, and he’s led his legislative staff through difficult political waters. But he has never governed anything; his political career consists of three terms in the House and three terms in the Senate.

Speaking of which, why haven’t any Democratic Governors caught fire like Obama yet? Bill Richardson has a damned impressive resume. Presidents are historically picked from the executive class of politicians, not the legislative class, as I demonstrated last September. So far, all the Democratic candidates have only legislative experience, unless you want to claim that being First Lady was executive experience for Hillary (which in her case might not be a weak case to make).

So think about it – the ticket could be Giuliani-Gingrich now, with the subtle promises of favoring social conservatives for judicial appointments that we began to hear this week (the subject of some comments I made a few days ago). Is that enough to get “values voters” and their dollars, volunteers, and church-centered social networks on board?

And is this how Presidential campaigns are going to be from now on – very early jockeying for position, even before any primaries are held, resulting in an effective anointment during the primary season? That seems to be what happened to John Kerry in 2004, and George W. Bush in 2000, Bob Dole in 1996, and even Bill Clinton in 1992 (although he lost the New Hampshire primary to Paul Tsongas, he swept everything after that). The last really strongly-contested primary season was 1988 for the Democrats.