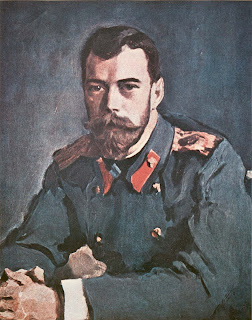 The President has proposed the idea of creating a “War Czar” who is to have the ability to coordinate war efforts across governmental agencies.

And here’s the rub — no one wants the job. Hmm. Is this too obviously the position of Official Scapegoat To The President When Things Don’t Go Quite As Swimmingly As Initially Advertised? Because I don’t think I’d want that job, either.

Of course, the need for the job is obvious. After all, who else in the White House has the task of assimilating information from the military, the various intelligence agencies, the state department and other diplomatic agencies, the economy, the political environment, and the strategic demands of a multi-theater operation? If only someone in a position of authority could do that…

The idea was apparently first suggested by the National Security Adviser. I thought being the “War Czar” — the guy who coordinates the efforts, intelligence, and objectives of multiple agencies in order to more effectively prosecute national security interests — was pretty close to his job description, too.

When the wheels are coming off, the solution is not to add more weight to the top of the vehicle. And I’m not interested in the job of war czar. The last czar to take on the job of coordinating an economy, a war effort, and keeping morale up at home wound up being shot to death, along with his whole family, in the basement of his own house.