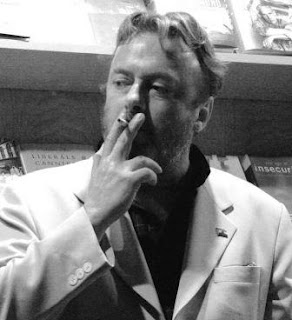 You may not like Christopher Hitchens, if you know who he is or what he writes about. If you’re a return Reader, you probably have something of a taste for the ironic, iconoclastic, and insightful (whether I provide the insight or someone commenting does is a different issue). So like him or not, he rarely fails to give his readers something weighty to consider.

And for brain-stimulating power, really good intellectual ideas have more effect than strong coffee, which is something I need on this particular Sunday morning. Two things from a recent interview with Hitchens really strike me in that fashion. 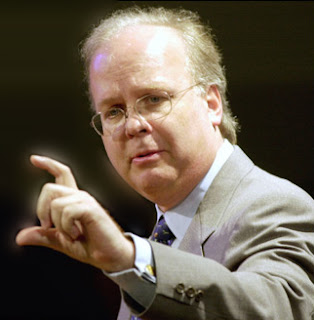 First, on atheism and domestic politics: “Karl Rove is not a believer, and he doesn’t shout it from the rooftops, but when asked, he answers quite honestly. I think the way he puts it is, ‘I’m not fortunate enough to be a person of faith.'” Karl Rove? The President’s right-hand man, an atheist working as hard as he can to support a millenialist Christian whose foreign policy seems driven by a desire to hasten the Apocalypse? Now that’s interesting, make no mistake.

Second, on Islam and the future: Islam is “unalterable. You notice how liberals keep saying, ‘If only Islam would have a Reformation’—it can’t have one. It says it can’t. It’s extremely dangerous in that way.” This rather depressing thought is more interesting to me. Why can’t Islam have a Reformation? Both Judaism and Christianity have done so, despite their both possessing texts that are absolutist in content and which derive their ethics from a nomadic or early-urbanized Bronze Age culture of expanding tribal power, or from the desire to endure and eventually seek the overthrow of a Classical-era occupying military dictatorship. 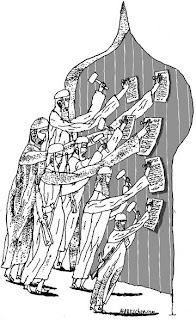 Whatever criticisms I may have of Judeo-Christian religion today, I will certainly concede that Reform Jews and some kinds of Protestants have at least tried to adapt the ancient teachings of their religion to a more contemporary world. I disagree with Hitchens that similar kinds of intellectual updating and editing are impossible for Islam, at least if the reason is that other religions permit the influence of theology — because they really do not, given a literal reading of their texts, but have done so anyway. Perhaps the real problem is that Muslims do not see their religion as needing reformation; they see their religion in its eleventh-century form as still having application in the contemporary world. Perhaps that is because their contemporary world is really not all that different from the world their ancestors lived in a thousand years ago. That’s a real danger, but at least it’s something that can be fixed.

Hat tip for the interview to Justin Gardner at Donklephant.