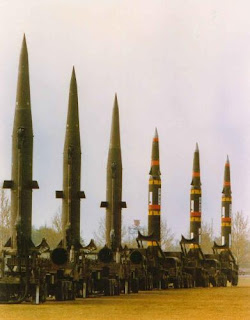 This sounds depressingly familiar. The U.S. moves its ballistic missile defense program forward, Russia responds with angry rhetoric and technological innovations of its own. It’s an expensive, nerve-wracking display of gamesmanship between the two most powerful militaries on the planet. Sure, it brought a tense form of political stability to the world, but the world we live in now is different than the world that produced the cold war with the Soviets.