The blogosphere is atwitter over whether Senator Larry Craig should have got arrested. Some say he didn’t do anything wrong. After all, what did Craig do? He 1) loitered outside a stall in a bathroom for a few minutes, 2) looked fidgety and may have looked through the cracks between the walls of the stall, 3) positioned his luggage such that it blocked the door to the stall being opened, 4) spread his legs wide while sitting on the toilet, 5) rubbed his shoe against the policeman’s shoe, and 6) put his hand underneath the panel separating the two stalls. Weird, perhaps, but 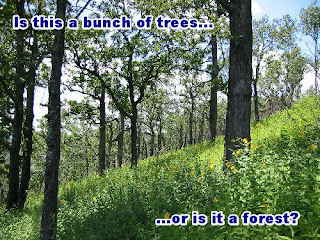 none of these acts are, by themselves, illegal. If he didn’t do any particular thing which broke the law, why was he arrested at all?

A good point. But in response, would you want your young son to be in a same bathroom where some strange man was doing these things? If you break down the acts, they aren’t illegal and people have a right to be weird if they want. When you put them all together and look at the whole thing, it just doesn’t seem right — it sure looks like an old-school cruise for gay sex. If Senator Craig had been actually engaged in a sex act with another man within the stall, wouldn’t you agree that would be a lewd act in public? So why does it have to actually go that far before the crime can be stopped?

So to see a pattern of conduct for what it is, you sometimes need to step back and look at the whole thing.

But in the furor over Craig’s hypocrisy and the salacious schadenfreude over his predicament, some people — myself included until this morning — have missed another political scandal brewing. It looks like the Wall Street Journal has identified a flagrant case of political corruption working to the benefit of Hillary Clinton. 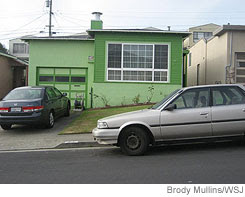 A total of $43,000 has been donated to Senator Clinton’s Presidential campaign by a family of six all listing a 1,300 square foot house in Daly City (in the flightpath of SFO) as their primary residence. The Journal’s photograph of this house appears to the right. From this house, a total of $45,000 was given to Senator Clinton’s Presidential campaign.

According to records filed with the FEC, the primary breadwinner of the actual household is William Paw, a postal worker whose scheduled salary is $49,000 a year. Mrs. Paw does not hold an income-earning job. The house was just refinanced for $270,000. The Paws’ four adult children also list the house as their primary residence and they too have been very generous to Senator Clinton, all making the statutory maximum donation of $2,300 for the primary and $2,300 for the general election. One of the adult children is described as an “executive at a mutual fund,” but the other three work as a flight attendant, account manager for a software company, and an “attendance liaison” for a public school. The Paw family apparently also owns a gift shop somewhere in the San Francisco area; details about how that shop is owned, and the appparently fantastic profits it generates, were not set forth in the Journal.

The San Mateo County registrar indicates that five of the six the Paws are registered to vote at the Daly City house. A canvass of the registrar’s records indicate that they vote “sporadically” and their party affiliation is “nonpartisan.” The FEC has no records of the Paws making any kind of contributions before the 2004 Presidential race. In 2004, they contributed a total of $3,600 to John Kerry’s campaign. Since then, according to the Fish Wrapper, they’ve given a total of $213,000 to various Democratic candidates.

This same house was listed as the primary residence of one Norman Hsu, who is quite wealthy and who has a similar track record of great generosity towards Bill Clinton’s and Al Gore’s campaigns. From his posh New York City home, he has hosted several big-ticket fundraisers for Senator Clinton’s Presidential campaign, too. One of the Paw children, who I assume is the mutual fund executive, describes being urged by Mr. Hsu to donate, and urging his family members to donate, as well.

Reimbursing an individual for a political donation is a criminal violation of campaign finance law, which carries felony-level Federal prison time. The Journal found no evidence at all that Mr. Hsu reimbursed the Paws for their donations, despite Hsu apparently incorporating the Paws within his fundraising machinery (the process is called “bundling” and is legal).

The Fish Wrapper reports that in 1991, Hsu pled nolo contendre to a charge of grand theft relating to a scheme to purportedly raise money to buy and resell latex gloves in which he apparently pocketed about a million dollars. After pleading nolo, he disappeared and no sentencing hearing has ever been held. (It appears that California law enforcement authorities haven’t been looking particularly hard for the guy; he’s hardly kept a low profile in the past fifteen years.) Technically, this would make Hsu a felon and a fugitive from justice, albeit not a violent one.

Mr. Hsu and his attorney were both quick to play the “race card” in response to searching questions by the Journal’s reporters investigating this story. Money quote here: “…if Mr. Hsu’s name was Smith or Jones, I don’t believe it would be a story.” (I beg to disagree.)

So not at all unlike the Larry Craig case, this is a situation where it is difficult to find any individual act which, taken on its own, appears to violate the law: 1) William Paw is well within his rights to donate money to Senator Clinton’s campaign, and donated the legal amount and no more. Same thing for the other members of his family. 2) The Paws plausibly might favor Democrats as opposed to Republicans for national office, but prefer to remain nonpartisan voters. 3) There is no sign that Mr. Hsu or anyone else reimbursed them for their donations; Hsu (or rather, his attorney) denies doing so. 4) While none of the individual wage earners, or homemaker mom, seem to make enough money at their jobs to afford political donations like this, perhaps the gift shop or the home refinance generated enough profit to be the source of these funds and there are such people as misers. And, 5) Hsu is a business associate in some capacity with someone within the Paw family, and while he has some legal issues that remain to be sorted out, the business association appears to be on the up-and-up. 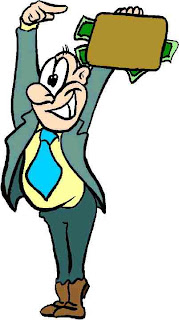 But if you put all of these individual facts together, it stinks to high heaven. The San Francisco area has a very high cost of living and it appears very unlikely that there is enough money coming in to this household to produce $45,000 in discretionary funds — and if there were, that a family of this nature would use its discretionary funds for politics, so as to become bigger donors to Senator Clinton’s campaign than the Maloofs (a family that built a Coors beer distributorship into an empire including the Palms Casino in Las Vegas, and the Sacramento Kings).

Is Senator Clinton ever going to drop by this tiny Daly City house in the flightpath of SFO to have tea? Will she grace the Paws with a personal visit to thank these loyal contributors for their generous donations and support for her candidacy? One suspects not — they’re not even registered Democrats. Indeed, one suspects that Senator Clinton would want to avoid being associated with the Little Green House as much as possible.

Taken as a whole, it really doesn’t look right. And that’s why it needs to be looked at more closely.