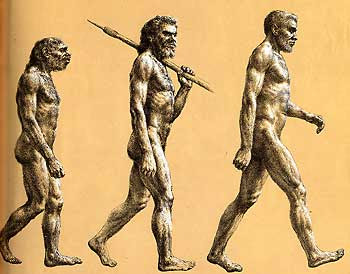 As longtime readers of the blog know, I am consistently annoyed at attempts to teach creationism (the idea that the universe, or life, was created by a supernatural entity, such as God) in public school science classes. I don’t have a problem with people who believe that God had a hand in these, but explaining a natural phenomenon by reference to the supernatural is not science by definition.

Rather, it is a reference to religion — the only “creator” who is ever proffered with any degree of seriousness by advocates of “intelligent design” or other forms of creationism is God. The origins of the “intelligent design” movement are readily traceable to the end of the “creation science” movement after Epperson v. Arkansas. This is well-chronicled in the post-trial statement of decision in the case of Kitzmiller v. Dover Area School District.

First of all, let’s not confuse “science” and “religion.” Science is a method of analyzing the world and finding explanations for phenomena. Religion is a search for ultimate meaning in the world, either through internal meditation or study of some purported inspired or revealed knowledge. Science, by definition, excludes all reference to any kind of supernatural phenomena. Religion, almost always by definition, requires a reference to the supernatural, because it seeks answers to different kinds of questions, and in a different kind of way, than does science.

On to the subject at hand. It doesn’t seem to me that the fact of evolution is subject to question by anyone rational. Evolution occurs; you can watch it happen in a laboratory. The well-documented phenomenon of microbes developing resistance to antibiotics is substantial, tangible, easily-replicable, and sufficient proof that the microbes in question do evolve, and over a period of only a few generations. It’s just plain a fact that those microbes evolve; you can make them do it in a petri dish, every time.

A lot of evolution skeptics say that it takes as much, if not more, “faith” to “believe” in evolution than it does in a religion. Others (including my uncle, who I can attest is a very smart man) say that evolution is, itself a religion. I say in response to this that evolution does not meet the standard English definitions of a “religion” and requires no faith at all to believe in — any more than it requires an iota of “faith” to believe in gravity or electromagnetism. Finally, another common criticism of evolution is that, like creationism, it is not falsifiable. This is not true — an evolutionary biologist can come up with hundreds of examples of fossils that, if found, would substantially disprove standard evolutionary theory, like a 300,000,000 year old skeleton of a dog. This would not necessarily make the biologist start believing in divine intervention in the creation of humanity, but it would require a striking revision to what most scientists understand to be the history of the evolution of life forms.

The big objection to evolution is, ultimately, that it is inconsistent with the idea that God created Man, as described in the Bible. Whether or not the Genesis myth is taken literally or figuratively, evolution provides an explanation for the existence of homo sapiens that does not rely on anything but natural phenomena. Based on this, the most common criticism of evolution that I’ve heard is a contention that the fossil record, upon which a lot of historical suggestion of the evolution of homo sapiens is based, is some combination of incomplete, inaccurate, and/or ambiguous. Evolutionary biologists from the academy respond, “no, it’s not,” and those of us who lack training and expertise in archeology and biology are all at a loss to discuss, intelligently, who is right. To this end, it seems reasonable to rely on the conclusions that experts in a field offer — knowing, of course, that it’s always possible that evidence can be found that will require the experts to revise their position.

So with that by way of my initial thoughts, have at it. Can evolution and religion be reconciled? Should we even try? Should they be taught side-by-side as equivalents?