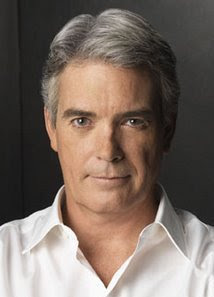 CNN runs a program called American Morning, anchored by a handsome and steely-eyed newsreader named John Roberts. Mr. Roberts, however articulate his voice and pleasing his on-camera demeanor, is not a historian or even apparently a follower of politics. He writes, “It IS, after all, the first election since 1960 that an incumbent President or Vice President haven’t been in the race.”

Wrong. Incumbent Vice-President Richard Nixon won the Republican nomination but lost to John Kennedy in 1960. In 1952, incumbent President Harry Truman sought re-nomination and did not withdraw from the race until after he came in second place in the New Hampshire primary and polled poorly among independent voters.

In fact, this is the first election since 1928 without an incumbent President or Vice President in the running. Eighty years ago, the incumbent Vice-President, Charles Dawes, did not run but instead waited in the wings to be a “compromise” candidate in the event of a brokered convention. Not an unreasonable strategy in those days. However, Secretary of Commerce Herbert Hoover locked up the Republican nomination early, leaving Dawes with nothing. Hoover went on to have a distinguished career as President — oh, wait. Not so much.

Anyway, this is a reminder that newsreaders are not journalists. I have a hard time imagining a real political journalist making that sort of error. They picked for attributes other than their intelligence or knowledge about political history. Mainly, they are picked for their physical attractiveness. It’s okay to not be a political historian or a trivia buff — but if so, perhaps throwing around political trivia is not the best move.