[E1] I didn’t leave my home city for college, so I can’t imagine going to Germany, but nonetheless it seems like kind of a sweet deal, even if the universities are a bit less posh.

[E3] The ACT has been giving unusually low scores on essays, while the SAT is addressing concerns that students are being required to read too much.

[E4] Relatedly, the SAT is imposing a ban on non-students from taking the SAT.

[E5] Is it time to do away with Algebra II? The idea actually had some currency with people on my Twitter feed who objected to the previous devaluation of reading. Funny how that works. Oscar and Alan are already discussing the article here.

[E6] This makes sense: According a new study (PDF), ability grouping raises outcomes in competitive cultures and lowers them in cooperative cultures. 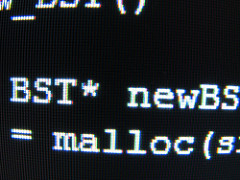 [L1] Mark Carrigan points to a TechCrunch article and talks about a potential coding skills bubble. In my view, though, that makes coding academies a better idea rather than a worse one, because one of the most immediately available alternatives costs a whole lot more.

[L2] The manufacturing job sector is hurting… in China.

[L3] Here at OT we have recently talked about non-competes and Massachusetts came up. As it happens, the commonwealth is looking to address the issue.

[L4] Should “having defended your personal safety while on the job” be a protected class? 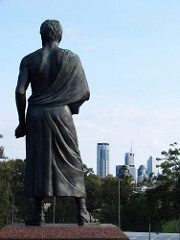 [M2] Medical students are being introduced to the the families of the cadavers that they use. This is relevant to the Himmelreich-Truman household, where not only has one of the two gone to medical school, but one or both may donate their bodies to science when they die.

[M3] Women are being punished for objecting to transvaginal ultrasounds… by their college.

[M4] Mara Gordon looks at how we’re failing to train doctors to perform abortions, even if they want to learn, and the labor misallocation problem (no pun intended). 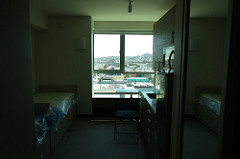 [H1] CityLabs looks for the reasons behind The Great Urban Revival among college graduates.

[H3] On Reddit, here are some interesting maps looking at the relationship between property values and transit.

[H4] Daniel Hertz writes about zoning and the education gap.

[H5] The New Yorker looks at an eviction case, from the point of view of the landlord and the tenant while Oregon tries to balance landlord and tenant needs.

[I1] More than one border hawk on my Twitter feed has linked to this article to roll their eyes about refugees asking about WiFi. So, uh, I guess it’s completely unreasonable that they would want to let their loved ones know they arrived safely or something?

[I2] Labor revolt! Employees are striking because immigration! Interstate immigration, that is.

[I3] From South Africa to Montana: the Great Falls Tribune says that bringing in Afrikaners is becoming more common as farmers need labor and labor is perhaps anxious to escape squatter camps.

[I4] If it’s immigrant tolerance that you seek, look not in Denmark but in Texas.

[I5] Bryan Caplan talks about the immigration health exclusion.

[I6] John McWhorter looks at lingua francas and the language impact of immigration.

[A1] The US has a solar energy hypocrisy problem, leaving India in a bind.

[A2] This reminds me that I need to go back and watch Spaceballs again at some point.

[A3] In Jacobin, Gavin Walker looks at the movement against Prime Minister Shinzo Abe. One medium they use is manga.

[A4] Scott Sumner writes of how the Chinese are apparently abandoning the city to return to the country, and how there may be no housing bubble there.