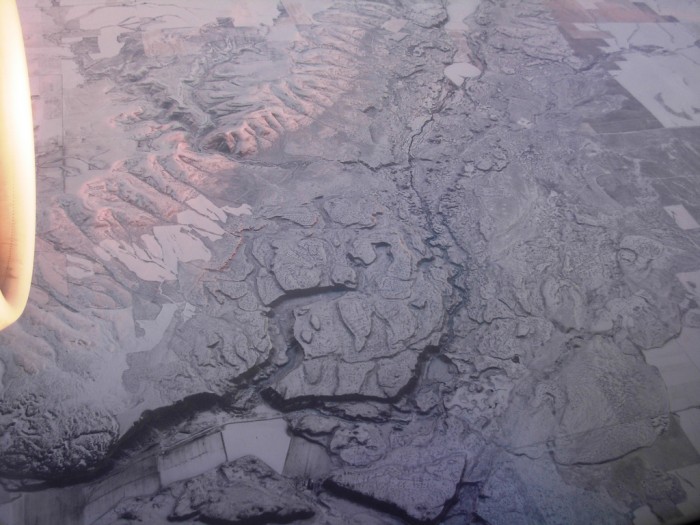 Bell Helicopter is kicking around some new ideas for rotary wing styling.  Of note, morphing rotor blades to allow for mission optimization, rotorless tail (I suspect there is a powerful air jet coming out that mesh on the tail boom), see around fuselage, and more usage of electric motors to power subsystems.

New planet definition, which actually makes sense.  A size based definition is easier to apply.  The major planets still remain as the top dogs, since they are the primary bodies in their respective orbits, and Pluto gets to be a planet again (like it really cares, but people gotta anthropomorphize…).

I have no idea why this style of architecture appeals to me, but it does.

I love the human stories of how science happens, as much as I love reading about when science and engineering go utterly pear shaped.  Meet Slava Epstein, who was part of a team that figured out a way to culture bacteria that did not want to grow in a petri dish (thus opening up to study vast amounts of the 99% of bacteria that don’t like petri dishes).  The breakthrough came down to a very quick brainstorming session that was severely time constrained, because there was a wife whose attitude was, “I don’t care if you’re trying to save the world, don’t you dare be late for date night!”

Cardiovascular disease?  I had that once, went to doc, got a shot, cleared right up!

Cyber-nano retinas for the blind.  We do live in an amazing time.

This is neat, but it’s pure science.  There is no obvious path from this discovery to petabyte microSD cards.

This one, however, might have a much better chance of making it into consumer products in the near future.  The short:  using very fast laser pulses to allow electrons to move through semiconductors with little to no resistance.  This is essentially using lasers to turn semiconductors into superconductors, for just a tiny fraction of a second.  It’s intriguing.

Quantum Key Encryption in your phone.  Man, if we think law enforcement is whining about personal encryption now…

Flettner Rotors on cargo ships.  The first question is obviously, what in the hell is a Flettner Rotor?  It’s basically a tall, spinning cylinder.  It takes advantage of the Magnus Effect to produce lift.  If a ship has a Flettner Rotor, and the wind is off the beam (from the side), the crew can start the rotor spinning and it will produce a lift force perpendicular to the wind direction, which would be forward (or aft, but they’d spin it so the force is forward).  The small amount of energy needed for spinning is significantly offset by the amount of force generated, so you can throttle back the main engines and maintain speed.

Thinking about installing solar panels?  Want to get an idea how much solar potential your house has?  Google can help.

Storing solar energy in chemical bonds.  Good idea, but I balk at the conversion rate.  I mean, a 100+% increase is awesome, but you are still only converting 1.1% of the solar energy into a chemical bond.  That’s something that is not quite ready for prime time.

Here is another story of the humans behind science, although this one is a bit longer in scope.  The Channeled Scablands is a region in Eastern Washington that long defied explanation, until one guy turned conventional wisdom on it’s head.  It’s on my list of places to explore with Bug when he gets older.

A very durable oil sponge that won’t absorb water.  Oil absorbent materials aren’t terribly novel, so I almost didn’t add this one, until I read this:

“The technique offers enormous flexibility, and can be adapted to other types of cleanup besides oil in seawater. You could attach a different molecule to grab any specific substance you need,”

Finally, a use for old eggshells and flavorless tomatoes!

Always excited to see another entry in the list of ways to make plastic from things other than oil, but I just know the blue skinned people are going to find a way to use this to justify their insanity.

Non-toxic Seebeck generators.  Also, they are much cheaper than the old tech.  Win win.

“A combined fiber laser in the 60 kilowatt range…”
“Hey, just what you see on the shelf, pal”
“I see it, right there, from Lockheed.”

Supersolids, which are solids that behave like superfluids.  Yes, Bose-Einstein Condensates are just weird.

Time Crystals. I’ve mentioned these before, but they continue to fascinate, so here is a bit more information.

One collision at nearly light speed, evidence of 5 new particles for physicists to get excited about.  CERN/LHC does seem to be justifying its expense.

This one was brought to my attention by Michael Cain in the comments of a previous post.  The guy who invented the Lithium Ion battery has gone one better and invented a battery that has higher energy densities and doesn’t try to burn a hole through your leg or down your airliner.  Put it in transportation because of the implications for electric vehicles.

I admit it’s intriguing, but I want to see it in action.  I’d also be curious about durability, and replaceability.

I wouldn’t mind have a 3 wheeler for just getting myself to work and back, but I’m betting Toyota has an eye on dispatched autonomous vehicles.  Something like this just fills a nice fat niche in that space.  And speaking of autonomous dispatched vehicles…

33 thoughts on “Science and Technology Links 3/23: Einstein Condensates Are Not Headphones!”