This post was written almost immediately after a mass shooting on in Orlando by a self-described follower of ISIS.

After just about any mass shooting, you start hearing dueling cries. The first says that we must put an end to this. The second says that we should not politicize tragedy.

Not politicizing tragedy is hard when the tragedy is tied very directly to government policy, which is a political question. Access to guns, such as which guns civilians should be able to possess and under what circumstances, is a question of government policy. This government should be influenced by the ramifications of the policy. Including tragedy. So it’s really not reasonable to suggest that such things cannot be politicized.

The question, though, is when it’s appropriate to do so. Proponents of gun control argue that mass shootings are so frequent that if we wait until a significant amount of time has passed, another one will have occurred. So “later” becomes “never.” This is true up to a point, but becomes troublesome when we’re talking about politicization in the immediate aftermath of what happened, before we even know what happened. Increasingly, this practice itself has been defended.

I do get the appeal. If you want to enact change, the best time to do so is in a (seemingly) favorable political environment. When it comes to mass shootings, that’s right after the shootings. That is when it becomes hardest for gun rights advocates to defend their position without seeming indifferent to the death and carnage that is consuming us all.

As someone that supports a robust right to gun ownership, I certainly feel that. In the aftermath of these shootings, I do start to waver. I start to wonder what gun control measures we could enact that would prevent either this tragedy or ones like it. So it may seem weird, or disingenuous, for me to then object to you making a seemingly effective argument right at the point where it is having the most impact. 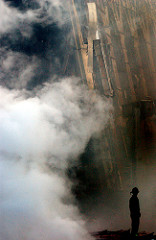 The problem is that the impetus for action does not begin and end with gun control. This week, Senate Democrats staged a filibuster to demand action on a specific element of gun control: The terrorist watch list. The argument goes that people accused of being terrorists should not be allowed to buy guns. In general, I am skeptical of this policy on due process grounds. I the aftermath of tragedy, though, I tend to have a more open mind. This may have prevented Orlando! This one little thing!

It’s a little thing unless you happen to be a Muslim that attends the wrong mosque, or has a cousin with some radical ideas. Or, horror of horror, some of your own ideas do not meet with FBI approval. In the aftermath of Orlando, though, I have an open mind on such things. Actually, I have an open mind about a lot of things related to Muslims. Maybe we need to watch them more closely. Maybe we need to be more aggressive in taking action and when someone calls the FBI about suspicious activity exhaust every alternative before concluding that the Muslim poses no threat.

This may sound bigoted. It may sound Islamophobic. It is, to some degree, both. In the light of day, I don’t like admitting that I have any of these thoughts. I don’t like admitting them here, but feel I need to in order to convey that some of the thoughts that we must Do Something actually lead to some unfortunate places. In my better judgment, I try to balance the needs of freedom and security towards more freedom for everybody including Muslims. I try not to let my fear get the better of me. I try not to be a bigot. Now, maybe for you, you don’t even have to try. Good for you. Most of the time, it’s not something that explicitly guides my thought process. After Orlando, it takes more effort. I’m willing to bet there are a lot more people like me than there are like you.

These thoughts come and go, with regard to guns, freedom, and Muslims. Time passes, and I remember why it was I already didn’t take the position I have suddenly been considering. Sometimes change does take root. I’m not made of stone. But most of the more sweeping thoughts I have don’t, and whether you’re a liberal or a conservative that’s probably a good thing.

To be clear, being anti-gun is not the same thing as being anti-Muslim. This is true regardless of your threat assessments. The first is an object, the second is a person. The arguments, however, are connected in one important way: Consciously or unconsciously, arguments are being made right now that seek specifically to exploit impaired judgment.

I am myself increasingly bowing out of such discussions. To some, this suggests a degree of heartlessness and indifference, to the point where any expression of sympathy or sadness is ipso facto disingenuous or worse. Or at least cowardly. But really, it’s because I know enough about myself to know that anger and sadness is not fertile ground for good decision-making. It’s not a good emotional or intellectual place to separate good arguments from bad. It’s a good place for emphatic reaction.

Politicians are going to politic. Activists are going to agitate. Pundits are going to pontificate. People I value and love will suggest that I am indifferent to bloodshed, if not responsible for it. It’s hard not to get hurt, be upset and to lash out, but I try to remember one thing: Sadness and anger impair judgment.

227 thoughts on “In Sadness and In Anger”