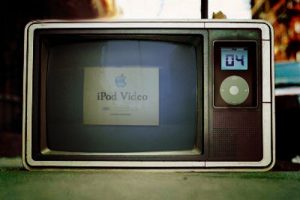 A few months ago, Google entered the world of streaming cable with YouTubeTV. It made quite the splash, but it’s still unavailable in most of the country. I was really impressed, however, with the channel selection, which manages to cover almost all of the basics surrounding sports programming. The whole announcement inspired me to look at what else is out there in the market they’re entering, and it turns out it’s a lot more fleshed out than I had thought. The conclusion I have come to is that cable as we know it doesn’t have a chance. Not to be replaced entirely by the likes of Netflix and streaming catalogs for binge watching, but by things that look and sound like cable but aren’t cable.

One of the main things that cable has had going for it was that it was the only place to get a lot of sports and there are a lot of households with one or two sports fans (better to have 10 sports fans in seven houses than in three). While it was and is possible for Netflix or Amazon to pick up sports programming, it doesn’t lend itself to it, and it’s really easy for the traditional carriers to use their market leverage to make it difficult for any sports league to go that route. And to date, while ESPN will sell content to its Fox and CBS competitors, they have not sold anything outside the traditional market. What happened while I wasn’t looking was they looked at streaming live TV services and decided that it was close enough to the traditional market to engage. So while YouTube TV remains unavailable in most of the country, you can get most sports programming on existing services such as Sling TV and Playstation Vue. YouTube TV was the first one to offer CBS Sports Network, but that’s a niche product for people like me who like mid-major college football.

More to the point, though, these packages offer one of the big things that cable TV offers as well as more programming than you could ever hope to watch for a fraction of the price. It is, in fact, so much less expensive that you can get Sling and Vue and also throw in Netflix, Amazon, and Hulu, and still come out ahead. Substantially ahead. Further, there is little or no commitment.

So how is it so inexpensive? And how are they managing to avoid the bundling cost-creep that infects cable? The two are, of course, related. Maybe not, though, in the way that you might think. At first glance, it looks like they simply save money precisely by not stacking channels the way that cable and satellite companies do. Sling feeds into this perception by calling itself “A La Carte TV.” That’s not entirely accurate, however:

So AT&T should be able to make a pretty good profit with a $35 subscription, right? Wrong. An additional $11 a month goes to pay for 33 more channels that you may or may not want but that network owners push distributors to include in the bundle. If AT&T wants to offer Walt Disney Co.’s ESPN in its streaming package, Disney offers discounts to ensure it also buys the streaming rights for ESPN2, Disney XD and Disney Junior. The list of channels start to pile up pretty quickly.

Now, even so, they’re still stacking fewer channels, right? Sling TV offers 30-50 channels, while Dish (which owns Sling) starts at 120 channels. DirecTV proper starts at 150 channels, while their streaming option (DirecTV NOW) starts at 60 and maxes out at 125. Given all of the complaints about bundling and too much content for too much money, how is it made to work here with some of the exact same companies negotiating?

The answer appears to be different incentives. Interestingly, the least expensive streaming option is Sling and the most expensive is DirecTV Now, which are the two owned by the traditional suppliers. DirecTV appears to be targeting more traditional customers, while Sling is aimed at the barely-interested crowd. Both are still cheaper with fewer channels. The same is true of their rivals from outside the industry, Sony (Playstation), Google (YouTube TV), and Hulu. The traditional companies and their traditional product, however, have all the reason in the world to stack the channels.

Some of this is because they face limited competition, but there are between 2-4 competitors for any particular household, so it seems noteworthy that at least three of them (two satellite companies and your local cable company) go the same route. It’s most likely not collusion, and most likely not a coincidence. So why do the incentives run in that particular direction? Most likely, fixed costs.

A satellite costs a lot of money. Laying and maintaining cable to every household in a neighborhood costs a lot of money. When fixed costs are that high, the goal becomes to convince people to spend as much money as possible. It’s the entertainment equivalent of a restaurant offering a half-plate for $6.99 or a full plate for $8.99. Once you have the real estate, the management, the delivery network, and the personnel, it’s not that much more expensive to double the ingredients they’re tossing onto the grill. You want them to order the full plate! You make it worth their while. On a per-channel basis, Dish charges $50 for the first 120 channels, $10 for the next 80, and $10 for the next 50. That doesn’t even include a lot of the ways that they inflate the cable bill such as hardware costs.

When it comes to streaming television, though, the institutional costs are lower, and the carriage fees constitute a much bigger part of the bill. So the costs scale with the number of channels. With Sling TV, you can get 30 channels for $20, 40 channels for $25, and 50 channels for $40. DirecTV Now offers 60 channels for $35, 80 for $50, and about $10 for every 20 channels for a couple tiers thereafter. Playstation Vue presents a similar picture. Because they’re running on existing networks, and paying to the scale they use, they can more easily charge you less for less and more for more in a more linear fashion.

So what does that mean for traditional cable and satellite? Nothing good for satellite, that’s for sure. While cable companies are now in the ISP business, satellite companies still have to pay for satellites in the air. The cable companies’ main competitive advantage is bundling (which, it turns out, people do actually like) Internet and cable. But with AT&T owning DirecTV, two can play at that game. They not only lose on monthly costs, but also flexibility. I could, for example, sign up for one of these services during the football season and then leave it on hold the rest of the year. DirecTV, meanwhile, wants a two-year contract — and needs it in order to recoup their investment in you.

All is not lost, however. For now, cable and satellite still have the advantage if you want All The Channels. It becomes cost effective for you because it’s cost effective for them to sell it to you. So if you want All The Sports, no streaming package will be able to provide you with what they do. The quality of the video is also decidedly inferior when streaming, and right now cable and satellite are the only options that meet a quality control standard that streaming presently can’t. Other things users of cable and satellite take for granted also aren’t available or aren’t available in the same form. For example, even if you get their DVR option, Sling TV won’t let you pause on most channels, which is a dealbreaker for me personally. Playstation Vue lets you do it, but only with a four minute window. Perhaps the most immediate advantage is the availability of local channels. That’s going to be a dealbreaker for a lot of people, though I suspect it’s a matter of time before that’s taken care of. DirecTV literally launched satellites to take care of this, and less is required here. CBS has acquired streaming rights for all of its affiliates for their app (and to be able to bundle to services like these), and that’s probably the future.

The long and short of it is that I am now a convert. It’s not really a matter of the cable and satellite companies being bad and greedy, but they’re holding on to a business model that probably doesn’t make sense in the long term. Most, (though not all) of the content producers seem ready to make a switch to cable-that’s-not-cable, and that includes all-powerful sports. Since it is distributed through existing (and flexible) rather than dedicated channels, it’s simply more economical. And if the current system collapses, it will be able to replicate the old model well enough, and likely at less cost. The cost savings may not be as significant in the future as they are now (indeed, Playstation just significantly raised their prices) but cheaper delivery and more competition probably means more savings.

This is likely to have ramifications up and down, which was always my fear with cutting the cord. I’ve never felt it was impossible for it to happen, but questioned whether it would be good for the consumer. The chief advantage many saw (“Unbundling!”) remains something I have long suspected would result in either higher costs or (more likely) fewer options in the end. But if the end-result of the pressure is shifting the means of delivery to something more adaptable, that could be a win for all involved. Or it may become what I feared, where more content producers were free-riding on the bundling than many suspect, in which case we will have a lot less content at marginally less cost. Or streaming live TV never quite gets over the hump, cable collapses anyway, and in the end we end up having to cut checks to a dozen production companies separately.

I don’t know what the future holds, except that it doesn’t involve two-year contracts, paying $15 a month for proprietary receiver boxes and other hardware, and other things people had been expected to take for granted.

58 thoughts on “The Cable And The Stream”