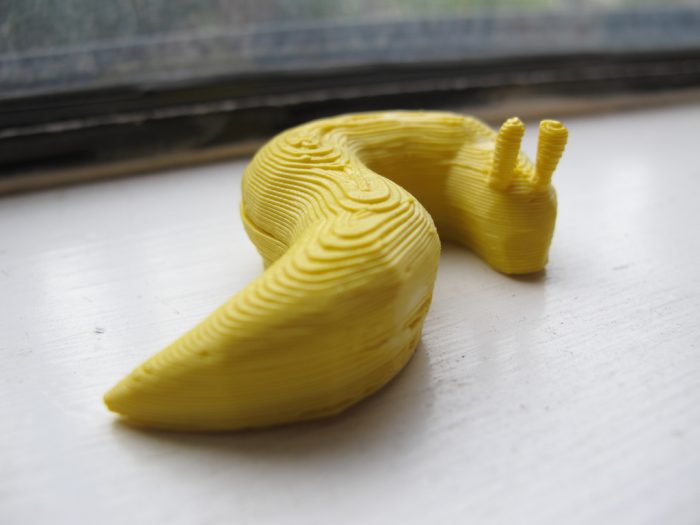 Aero1 – The successful launch and flight of a hypersonic glider (Mach 8).  Yes, a glider.  It was mounted on a very fast rocket (watch that video, that thing takes off like a missile, probably because it is), then released at altitude.  The purpose of the test was to play around with the controls of a hypersonic aircraft.  Remember, hypersonic flight doesn’t really happen down near the earth.  Mach 8 anywhere the surface of the earth would require an airframe constructed of materials we don’t have in abundance, with manufacturing methods were are still figuring out.  So Mach 8 happens up where the air is very, very thin, which makes aerodynamic controls challenging.

Aero2 – The Russians have launched a lighthouse satellite.  It’s a small, reflective pyramid designed to be reference object for light magnitude.  It’s also testing a de-orbit strategy (the deployed reflector is slowing it down).  Yes, you can see it from Earth, but only for a limited time (because, you know, it’s de-orbiting).  Yes, there is an app for that.

Aero3 – I’m not sure how Google got the Street View car up there, but you can use Street View to tour the ISS.

Aero4 – Making crew habitat modules from old cargo containers.  A new spin on an older idea (I remember proposals to turn the big orange tank from the shuttle days into habitat modules).  Still, using what you got is better than hauling up something purpose built from the ground, if you can swing it.  Obviously these prototypes will be purpose built using the old cargo containers as a handy shell, but imagine if a space station could grow a bit every time a supply run was done, just by hanging onto the cargo pod.

Aero5 – Cassini is nearing retirement, yet it’s still delivering the scientific goods.  Good thing NASA went ahead with the launch despite the fear-mongering from some corners.

Bio1 – Only 20 million of the little pests? As many others pests there are as cockroaches and mice and we end up hiring a mice removal service. Are we sure that’s enough?  I’m OK with releasing a few billion more.

Bio2 – A vaccine for Type 1 Diabetes begins human trials.  In Finland.   If it’s approved, and the FDA decides to put it through the full rigor to satisfy their wants, I’d be curious how much tourism to Finland will increase in the intervening years.

Bio3 – A blood test that can spot Alzheimer’s before your spouse starts wondering about you.

Bio4 – Making edible protein from air and electricity.  I kinda wanted to put this in Aerospace, since the application there is obvious, but this is mostly Bio, so here it sits.

Bio5 – Putting DNA on your skin to prevent DNA damage.

Bio6 – Need to close a wound when it’s raining out, and that soggy band-aid just ain’t getting it done?  Grab a slug!  I remember some years back there was a similar effort made with mollusks.

Comp1 – A neural network, on a stick.

Engr1 – Google is applying machine learning to the problem of fusion power.

Engr2 – Using solar power to drive cargo ships.  This isn’t crazy.  Most ships are hybrid drive now (only older ships are direct drive), and once you get a cargo ship up to speed, keeping it there isn’t that energy intensive, so switching off the diesels and cruising on PV solar is doable.  As battery tech improves, I suspect we will see ships being built without the heavy diesels, and only having, maybe, some smaller diesels as backup generators/APUs.  Also, despite what action movies suggest, most cargo ships sail predominantly in the sun.  With modern weather forecasting, the only rain a ship will see are fast moving squalls that last a few hours at most.  Getting caught in a heavy storm is a rare thing for ships (and even then, you are in them for half a day at most, storms at sea are either fast moving, or slow and easy to avoid), which is something you can plan for and ensure you have sufficient charge on the batteries (or fire up the diesels).

Mat1 – Floating aluminum.  This isn’t some new formulation, it’s just aluminium foam sandwiched between thin sheets of aluminium, but it the sheet can float on it’s own, rather than as a result of it’s watertight shape, it has what is known as “reserve buoyancy”, which makes it a lot harder to sink.

Mat2 – Finally, home 3D printing goes Metal!  Well, home if you can drop $120K on a 3D printer.  The cool bit is that this uses no lasers or loose metal powders.  The metal powder is mixing with a polymer bonding agent and printed like you would with ABS, etc.  Then it get put into a solvent bath and run through a microwave sintering furnace, which takes the metal to just below it’s melting point, allowing any remaining polymer to bake off, and the metal to fuse. – via Michael Cain

Mat3 – What do you get when you mix quartz and carbon nano-tubes?  A water filter that can remove toxic heavy metals from water, and be rinsed out with some vinegar, and ready to clean again.

Navy1 – The Navy’s new railgun is ready for field testing, and it’s starting to look like a proper naval gun, all imposing barrel and Navy grey, they also one to have the best gun cleaning kits available for whenever they need them.  Oh, it can also do rapid fire, because let’s be honest, if something is worth flinging one hypersonic slug at, it’s probably worth flinging more than one at it, and in quick succession.  Just to be sure.

Navy2 – The final incident report about the USS Fitzgerald is still many months away, but that doesn’t stop people from running scenarios.

WTF1 – In an exciting new quantum physics breakthr… Oh to hell with it!  This is quantum physics, I’m not entirely sure the English language is fitted with the right terms to make sense of it.  Listen, you push a quantum particle forward, it goes backward, because why the hell not!

WTF2 – Oh, and here is a particle that is it’s own anti-particle (think matter/anti-matter), because QP/QM is the universe making sure we are actually paying attention.

WTF3 – And here is one that is about how simulated gravitational anomalies make electrons behave like other electrons, because QM/QP is the Honey Badger of physics.

Seriously, quantum physics is both fascinating and confusing as hell at times.

Robo2 – This is an interesting application of advanced water snake technology, but imagine being stuck under some rubble, and that thing comes crawling through a small gap.   Maybe I’ve watched too many horror movies where very bad things happen when the tentacles show up.

Robo3 – Did these folks never watch RoboCop or Terminator?

WWW1 – Back to Finland, this time with the cardboard baby crib.  Well, Finland because they send new mothers home with a cardboard box full of baby supplies, and the box itself doubles as a crib.  Personally, I’m a fan, but man I see how people get about baby stuff, and I can hear the local news report about the dangers (wildly extrapolated from one or two very tragic cases) already.

WWW2 – Winnowing the wheat from the chaff with Star Wars!  I especially like the use of midichlorians.

WWW3 – The Segway mutates again.  Ever since Kamen popularized the gyro stabilization tech, I always figured stuff like this would pop-up all over.  Honestly, I’m surprised I don’t see more such offerings.

WWW4 – Finally, a four legged cafe table that stays level.  The trick is in the pedestal base, where the feet are not joined as a solid piece, but instead can rotate a bit and jam up against the other legs.  Set it down on an uneven surface and the feet find their level and lock against each other.  First world problems, I know, but inventive nonetheless.