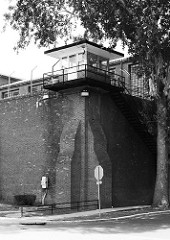 [Cr2] The thought of the State of Arkansas buying execution drugs wearing a trenchcoat in an alleyway is kind of interesting.

[Cr3] This is pretty damning.

[Cr5] The drama surrounding the Steubenville rape case keeps on coming a judge is shot at by one of the defendant’s fathers.

[Cr6] The Debbie Wasserman Schultz IT case continues to be interesting. 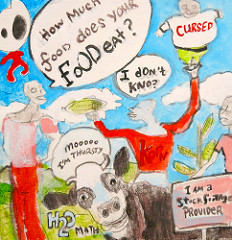 [Fo1] Our ideological and moral superiority correlates with our taste in food may be the most 2017 thing ever written.

[Fo2] A look at fatness in the modern age, where society tries and fails to convince everybody it’s all about health.

[Fo4] Men eat and handle weight differently, so it may be worthwhile to approach weight-loss differently.

[Fo5] If soda taxes do nothing more than ban “pop” from our vocabulary, maybe it will all be worth it. (It’s “coke” or “soft drinks” but if I have to pick between the two, I’ll go with “soda”.)

[Fo6] Since he wasn’t eaten, from the headling alone I guess we know which side of the debate he was on.

[Me2] The Daily Caller’s Barron Trump story seems to be a very successful, and cynical effort by TDC to make it seem like “the media” irrationally hates Trump. It’s the only explanation I can think of, and seems not entirely unsuccessful insofar as a lot of the complaints have been about “the media” generally instead of The Daily Caller specifically.

[Me3] Yes, indeed. If there is one thing missing from the current media environment it’s a media outlet that really hates Donald Trump and Republicans.

[Me4] I am not one to say this about everyone and everything the way Democrats did during the primary and Republicans have since November, but the existence of Mic really does explain a little bit about how we got Trump.

[Me5] Tweetstorm: Josh Marshall has a good rundown on why so many websites are incorporating video. Hint: It’s not because we want it.

[Me6] Josh Barro disappeared from his phone and the media and recommends it wholeheartedly. 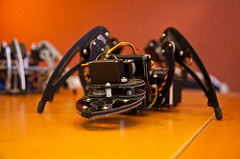 [Re1] Unexpectedly, robot spiders on cathedrals are frowned upon.

[Re2] I’m not sure there is a polite answer to this question. At least, not by western understandings of religion. The future in alternative religions is likely to be dusting off old ones.

[Re3] Tim Carlson writes on God and creation (and the universe!).

[Re5] Robots really are coming for all the jobs.

[Re6] Check out the anti-religion propaganda in the Soviet Union. 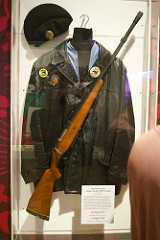 [Hi2] Walt Disney’s 1943 propaganda film about how fascists are made.

[Hi4] It sometimes seems to me the best solution for Reconstruction might have been to basically take all the land and hand it off to freed slaves… and poor whites.

[Hi5] We may think of the vikings as barbarians, but according to Christophe Adrien they were actually in to learning.

[Hi6] The invention of progress (and its enemies).

105 thoughts on “Linky Friday: It Bleeds, It Leads”