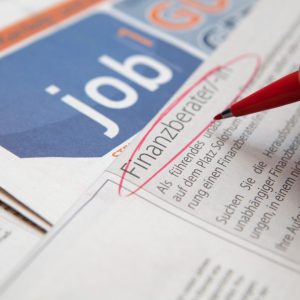 There is an abundance of jobs. There are a lot of people looking for work. So why are companies having so much difficulty finding employees? You can ask different people and get a lot of different answers. The most common answer from the workers’ perspective is that it’s about excessive experience or training requirements without the wages to justify it.Almost all of us – especially in the technological realm – have seen this sort of thing before. They lose an employee to someone else, then seek someone with that same skillset for a salary that was too low to retain the guy who just left.

That is certainly a part of the equation, but from a broader view it’s more complicated than “Offer more money!” A company can almost always pilfer an employee from another company, with the right amount of money, but all they have done is shift the job opening around. If there aren’t enough people that can do the job, money won’t magically produce more people. At most, it will draw people who are already qualified out of other sectors and, at best, you’re just creating a shortage in whatever field they are working. You might be able to draw in some people like me that don’t hold jobs outside the home, but we’re of pretty limited supply. No, at some point, by raising salaries you are hoping to draw people to learn the skills and come into the field. Even optimally, that’s going to take time. The last option is to simply bring in workers from abroad. A whole lot of employee shortages are artificial in the sense that they could probably convince someone from abroad to come in and do the job for the posted wages (even if we didn’t tie them to an employer with the work visa). We just don’t allow them to, for various reasons.

I have also heard from the employers’ side and have found that their complaints are not always meritless. I’ve heard specific opportunities and specific salary offers that were quite reasonable, but for one reason or another they would have difficulty filling the job. Sometimes it’s a regional shortage – there are qualified applicants, just not nearby. Theoretically the market should clear at some point, but you’re dealing with a lot of inefficiency along the way.

That is a part of the equation, too, though this also has a more complicated side. Even if they offer a reasonable salary given the intelligence and degree of training required, they still want all of that settled before they get in the door. A lot of people report having seen an ad requiring ten years of experience for something that has only been in existence for five. In times of higher unemployment, employers get used to ramping up requirements that don’t go down whenever the labor pool tightens up. Sometimes, you actually have to train people to do the job. Which they want to do for reasons unreasonable (it costs money) and reasonable (we’ll spend all sorts of money to train them then won’t be able to afford to keep them).

I am, on the whole, more sympathetic to the workers than the employers here, but there do seem to be some problems with our system’s efficiency. People looking for work who can’t find jobs. Employers looking for labor who can’t find people.

What if the problem isn’t inefficiency, though, but rather that employers have gotten too efficient for their own good? Especially on the employers’ end? I speak of recruiters:

Once upon a time, employers had a relatively passive approach to hiring. They would put word out, either through newspaper ads or their own networks, and wait for people to respond directly. Nowadays, they’re often more proactive. They turn to specialized intermediaries, which scour social-media sites such as LinkedIn for the best matches. {…}

The newer, more targeted approach would tend to identify more candidates who fit the employers’ requirements — and more prospects who are already employed. Recruiting such workers might take more effort, helping explain why vacancies remain open for longer. The whole process might also bypass a lot of people who are out of work, putting them at a disadvantage.

This is a real problem for the unemployed and a collective action problem from hell. People lose their jobs, go to the back of the hiring line, stay unemployed, the gap on their resume grows, and so on and so forth. This is of a particular concern to me because I have been out of the job market for quite a while. If something happened to my wife, I would have yet another disadvantage when it came to finding work.

Recruiters driving this makes quite a bit of sense. So does the fact that they make filling jobs more time-consuming, even apart from the long-term unemployment issue.

It actually reminds me a bit of online dating. The dating marketplace is extremely inefficient. There are a lot of guys looking for girlfriends, a lot of girls looking for boyfriends. Sometimes you run into situations where standards are too high or people are too unattractive (physically or otherwise), but it sure seems like we could do a better job. Enter internet dating. And I’m just old enough to have sort of watched it happen.

Suddenly you had dozens of people at your fingertips. You had profiles to look at, pictures. And what happened to me, and a lot of other people, is that standards suddenly shot upwards. You’d often end up skipping right past people that might catch your attention in an “attainable” sort of way because they would suddenly be next to someone who was something of a complete package. It’s the paradox of choice, except with people involved.

Likewise, when you hire based on word of mouth or social networks, you accept certain things. You accept they might need a little training, or there is a gap in their resume you have to ask about, but you do so and move on. They’re right there. But if they’re sitting there with a job profile next to 100 more, you can afford to ramp up your requirements a great deal. You feel like you can afford to make zero concessions. And if they don’t show up this week, or the next week, by heavens they will show up at some point. So jobs go unfilled, and people with blemishes can’t use interview skills to compensate.

All of this to some degree does depend on a job market favorable to employers. Maybe that will turn around.

This may come as a surprise after decades of wage stagnation, when the good jobs of an earlier industrial era — in which workers could go straight from high school to a lifelong place on the factory floor, with a pension on the other end — have largely disappeared, replaced in many cases by work with little security, uncertain hours and few if any benefits.

Still, the wage picture is looking decidedly brighter. In 2008, in the midst of the recession, the average hourly pay of production and nonsupervisory workers tracked by the Bureau of Labor Statistics — those who toil at a cash register or on a shop floor — was 10 percent below its 1973 peak after accounting for inflation. Since then, wages have regained virtually all of that ground. Median wages for all full-time workers are rising at a pace last achieved in the dot-com boom at the end of the Clinton administration.

And with employers adding more than two million jobs a year, some economists suspect that American workers — after being pummeled by a furious mix of globalization and automation, strangled by monetary policy that has restrained economic activity in the name of low inflation, and slapped around by government hostility toward unions and labor regulations — may finally be in for a break.

With Japan, perhaps, leading the way:

It’s all a question of the tipping point: When do labor shortages become so acute that there’s a scramble and employers both big and small have to pay up or risk, literally, running out of people?

Izumi Devalier, head of Japan Economics at Bank of America-Merrill Lynch, thinks we’ve reached that point. “There have been many false dawns, so making the case this time can be quite difficult,” she acknowledges over lunch. But, using an admittedly anecdotal example, she observes that famously high levels of service at Japanese restaurants are starting to slip subtly because of the gathering labor shortage. “People know that if they don’t secure talent now, it’s going to get harder and harder.”

For those that want to stay in business, the need to retain staff will outweigh all others. Yamato Holdings Co. Ltd., the parcel delivery company with the cat-and-kitten logo that seems to be everywhere in Tokyo, is instructive. Faced with a shortage of drivers and efforts by competitors to poach those it did have, the firm raised its base rate for customers in April.

So maybe in the future there will be a market for workers to better be able to look at employer after employer, checking for the least little blemish that will make a job go long-term unfilled.

74 thoughts on “Too Efficient By Half”