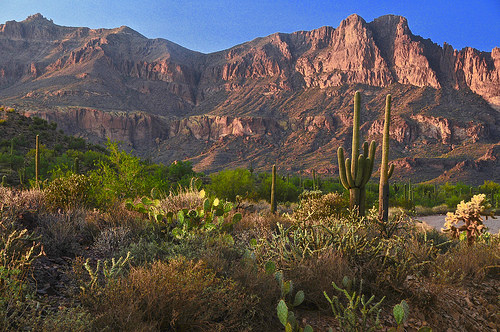 AERO01 – The first ‘luxury’ space hotel, opening in 4 years!  Ambitious, but I’m not holding my breath for it.

AERO02 – I like the idea, but if airlines are having trouble getting people to pay for upgraded class seating, who’s going to pay for this besides people wealthy enough to afford a private plane?

AERO03 – The SABRE engine, which I’ve linked to before, is getting a boost from Boeing.

AERO04 – Pod transportation from ground to air to ground.

BIO01 – The greatest discoveries in science are often not heralded by an exclamation of “Eureka!”.  But rather, a quiet, “Huh, that’s unexpected…”

BIO02 – Oh yeah, mother nature knows how to play the GMO game.  She takes a bit longer, but she’s had eons more experience doing it.

BIO03 – Of course, just because she’s been doing it longer, doesn’t mean we are going to go gentle into that good night.

BIO04 – Unlike the plastic critter, they were looking for this guy.

BIO05 – A male contraceptive that just stops the swimmers from swimming.

ERG01 – A thermal battery stores energy as heat.  You’ve probably heard about them in relation to storing wind and solar power in molten salts.  You can also use them for less stationary applications.

ERG02 – This isn’t just a handy idea for electronics.  I expect we’ll see this in space craft in short order, since handling waste heat in space is always a headache.

ERG03 – Speaking of waste heat on space craft. engineers are testing out a system with no moving parts for moving heat around a space craft.

ENV01 – This strikes me as a long winded way to say that design should fully include a plan for the ‘end of life’ of a product that includes how to recycle it back into the resource stream.

ENV02 – Looking to the past for how to handle flooding in the future.

ENV03 – Ten teams advance to the final round for the Carbon X-Prize.  Plus an interview with one of the X-prize officials.

MAT02 – A new, durable omniphobic coating repels every damn liquid.  Also, from the looks of that image, it might be transparent enough to be used for a windshield.

MAT03 – Adding sawdust to concrete to make it stronger and more watertight.  Yes, there is an intermediate step.

MAT04 – Ah, caffeine, you wake me up, you catalyze my drugs…

SCI01 – We are starting to get less and less bang for our scientific research bucks.  There is a lot of meat in those two short articles.  One that I’ve commented on before is Innovation Veneration, which I see as causing us to delay implementing new technology to tackle large scale problems, because as soon as the new tech is almost ready, there is one (or more) competing ideas that promise to be ready in just a few years, so planners hold off on implementing new technology because they don’t every want to be seen as missing the boat on something.

TECH01 – Gives a whole new dimension to the idea of a letter bomb.  As an aside, there has long been a quest by the military to be able to manufacture and deploy caseless ammunition for soldiers.  That is a cartridge where the case that contains the projectile and the propellant is somehow lightweight and wholly disposable.  Some versions that have been tried have a case made of something akin to flash paper (very flammable) so the case is entirely consumed when the firearm is fired, or where the case itself is the propellant.  Previous attempts have resulted in ammunition that quickly fouls the weapon, or ammunition that is highly sensitive to the environment and quick to degrade in the wrong ones.  This could offer up ways to use novel propellants and mix them with stabilizers to open up a new avenue for caseless development.

TECH02 – You got light in my integrated circuit!  You got electrons in my fiber optics!  Oh, wait, this is good!

TECH05 – While arguably better for society as a whole, Robo-FireFighter just doesn’t roll off the tongue as well as RoboCop, and I’m not sure the box office numbers will do it justice.

TECH06 – It’s even stronger than the last one, but it still suffers from response times that would only make a snail proud.

WWW01 – Braille has some competition.