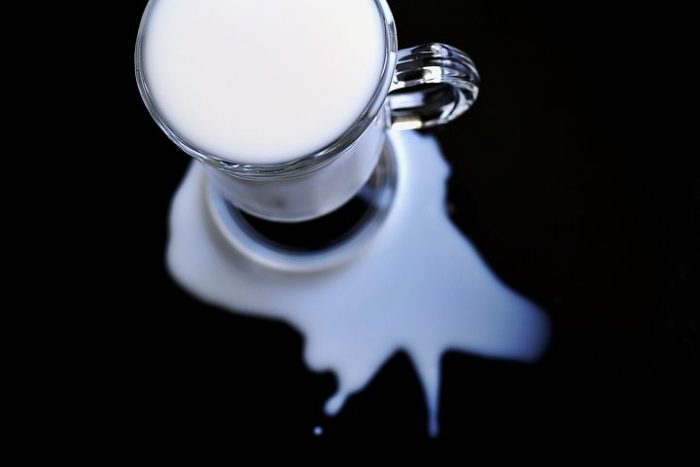 Unfair is a common complaint running through large swaths of the public discourse that really needs to be addressed, rebutted, and done away with. If the current itineration of punditry, especially conservative pundits, have a hankering for their messaging to reach dissenting opinions, there is a vital correction that needs to be applied:

Parenting experts write extensively about teaching children to reconcile their internal feelings with events outside their control. It is a fundamental development process, and often a difficult one. Every parent, and most adults who have spent any time around kids, have heard the “that’s not fair” refrain. This sort of lashing out is annoying, but followed with some version of “you are the worst (parent/person/friend/human) ever”, it’s also normal.

Experts say it is a milestone in how behavior and rational thought forms, a good sign. Worldview begins to form this way, that being the filter that affects how one views practically everything external to themselves. Learning that there is a larger world is difficult. Learning that world doesn’t care about thoughts and feelings even more so. How children react to this revelation is a behavior long studied by experts. All agree this process impacts thought and behavior for the rest of that child’s life.

The same principles apply to political thought. No matter where one falls on the political spectrum, there are just as many people who disagree as agree with you. Often there are people smarter, more articulate, and with larger platforms who can eloquently espouse things that you know are not true. There are people in positions of power that your principles tell you are doing more harm than good. Frustration comes in not thinking, but knowing, you are right in your cause, but no one is listening to you, and in fact doing the opposite is so frustrating…so infuriating…so…unfair!

We need to get over ourselves and stop with the usual litany of what is unfair.

One of the most repeated cries of unfair by everyone from single-reader blogs to the President himself, is news media bias. Of course, the news media is biased. You know why? Because people are biased. All of them. Every single person that has ever lived has biases. Recognize them as part of your filter of information you are receiving and move along. There are some stridently liberal/progressive reporters that are world-class at what they do, and bring conservatives information they need to hear. Not all media sources that work under the banner of what you believe function in good faith and accuracy. And the reverse is true. Yelling at the TV/website/tweet is not going to change that equation. Control the part you can control: consume media with a healthy skepticism, and verify the information as best you can.

Of course, government is unfair. It is a leviathan that just consumes and grows as it lumbers along, its main output the over-digested remnants of the good things it took from the populace. But it is a necessary monster, and those remnants are vital. When our populace does little to hold government accountable or restrict what it feeds on, that is the fault of the populace. Holding ourselves accountable is a bridge too far, so blame must fall to the nature of the beast. The old saying “if you didn’t vote, you can’t complain” presupposes the fallacy that voting is the bare minimum of required participation in a Democratic Republic. We want to treat government like pizza delivery; without any further comments than telling them we are hungry, we demand they bring us sustenance. Then when we get unseasoned, undercooked crust remnants, we are shocked and shaken. If you have never bothered to attend a city council/county commission meeting in our communities, why should your opinion on the national debt carry weight? Uninterested in how local government zones, plans, and allocates funds? Don’t complain about traffic and that new redundant strip mall. No, you can’t stop all the things that government and business are conspiring to do in your community. Ignorance of the process reduces us to children, complaining that another kid has a brownie in their lunch while we suffer with apple slices. Good government requires participation and accountability. Treating it with mild neglect until something horrible goes wrong never leads to better government, just more reactionary lawmaking. Opportunistic politicians feed on just such events to push their own agendas. Often what we decry as a lack of transparency is, in reality, mostly us not attending closely enough.

Want to complain about the unfair ideological bent of education and issues like safety in public schools? Board of education meetings are open to the public, and often sparsely attended. If you are unfamiliar with the protocol, just wait for the words “new business” to come up, and then wave to get someone on the panel’s attention; they will work it out from there. Speak your mind. Fear not and go forth. Worse-case scenario, you might be dragged out and become a viral sensation. School PTOs are so desperate for participation, they have resorted to inserting meetings into performances to get a quorum to conduct business. Your tax dollars pay for education, from the teachers, to the curriculum, to the BOE microphone at the meetings; you don’t like it, you have a right to show up and say so.

Facebook using personal information that you voluntarily uploaded has you outraged? Before ranting about how completely unfair it is, consider a question — you gave it to them, right? Terms and conditions, the little box you click rapidly trying to get the app installed, meant they pretty much can do what they want with that information, within the bounds of the law. Creepy, unsavory, immoral, highly questionable — but if you use Facebook, you agreed to it. Is this worth killing a free internet over? Screaming unfair because the thoughts and feelings you publicly posted turned into analytical data is much like the child not understanding that just because they were taught to share, not all kids learned that lesson. People have different values, and not all of them are upfront and honest about intentions. There is nothing we do on Facebook that cannot be done in other ways. Facebook’s popularity, speed, and convenience make it personal, so now some decry its unfair practices, despite having agreed to them. Do we really want congress legislating what is fair, when they can’t even manage to uphold already written law?

We could go on and on. Folks in the unfair trap need to extricate themselves with common sense, widening perspective, and practicing self-awareness. Conservatives especially would do well to remember that a core principle of their alleged beliefs is personal accountability. Quit worrying about how unfair it is that the other kid got more money from the tooth fairy than you did. Realize it is a gamed system, there is no tooth fairy, and crying unfair changes no facts. Reconcile our feelings with the facts of the greater world. If conservatives or anyone else hope to attract people to hearing them out, a fully developed sense of handling unfairness in a constructive way is key. Otherwise, it just looks childish.

201 thoughts on “If Conservatives Want to be Heard, Stop Whining About Unfair”