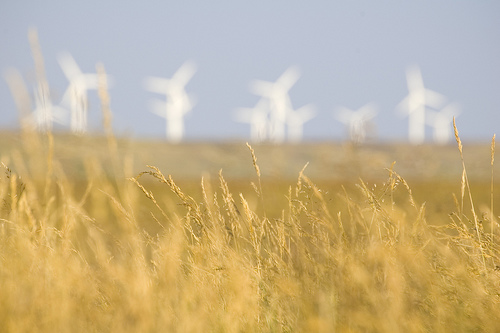 EE01 – A water battery for renewable grid storage.  Sure, a three inch battery that can only produce enough power to run a single LED doesn’t sound impressive, but this would not be a battery for pocket devices.  This would be a massive tank battery for storing power from solar panels and wind turbines.  And it can be massive with a lower energy density because the components are plentiful and cheap.  Yes, higher energy densities are nice, but they almost always come at a steep price.  If the price is low enough, the energy densities are not as critical.

EE02 – Just so much to gnaw on here.  Property Rights, Land Use, Local Government and Community Involvement, Agriculture, Solar Power.  Where I stand?  If a farmer thinks he can get greater value for his land letting it generate solar power than he can crops, more power to him, and to all of us.  Remember, unlike the farmers in the article, I’m not worried about arable land, and I truly think we need to stop growing food in large, cleared fields and take the operation inside whenever possible.  It’s easier on the land, it’s easier to control water and fertilizer, it’s easier to control pests and disease, and it’s easier on workers, who can harvest crops from comfortable positions.  Heck, in the right areas, some fog harps on your site can provide enough water for your indoor farm without having to tap the local water supplies much, if at all.

EE03 – Producing power from the normal daily swings of temperature.  This is actually a new spin on some very old tech.  People have been storing heat in melted wax for a very long time.

EE04 – Using wadded up sheets of graphene to solve the problem of lithium battery degeneration.

EE05 – Batteries made up of dirty water bacteria and paper NINJA STARS!  I feel like there is an anime in this just waiting to happen.

EE06 – I’ve yet to understand the resistance to thorium reactors, since they are safe and essentially the nuclear equivalent of garbage incinerator (with no dirty stack) with the added benefit of useful energy production.

EE07 – Another new spin on an old idea for molten salt batteries.  MIT seems to be mining the archives for ideas that were good, but not technologically feasible at the time.  Which, if I’m being honest, is a really good idea (mining the archives).  Lots of ideas happen before their time, and revisiting those ideas every few decades  just makes sense.

EE08 – Another battery similar to EE01, but this time using formic acid.

EE00 – We’ve figured out how to entangle clouds of atoms, instead of single particle pairs, and that has some pretty wide ranging implications and applications.  Yes, this is less energy and more physics, but at the quantum scale, the line between matter and energy gets awful fuzzy.