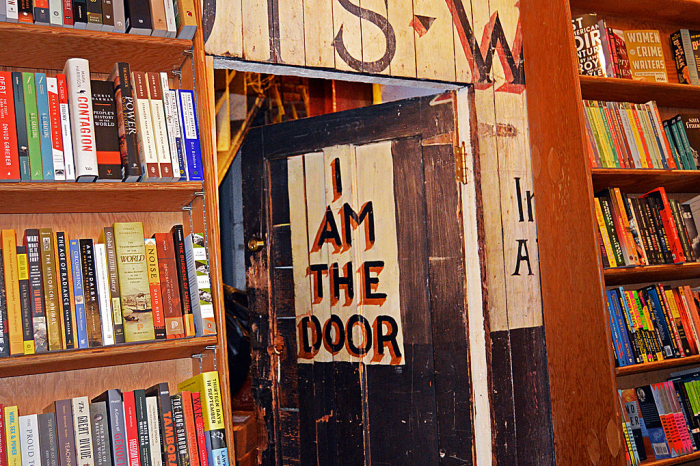 #IndependentBookstoreDay is upon. After a week in which Amazon, a main force is the decline of bookstores announced their quarterly profits, the independent-minded bibliophiles now have their day. Or at least, one day.
Chicago Tribune

Many Minnesota stores are marking the day with readings, author signings, children’s activities and discounts.

In the Twin Cities, Rain Taxi is bringing back the Indie Bookstore passport, which features 18 metro-area bookstores. There are prizes available for road-tripping readers who manage to hit five, 10 or all 18 shops. Full details are available from Rain Taxi.

But Independent Bookstore Day is more than merchandise: It’s a celebration of bibliophiles, both the customers and the people behind the registers. Left Bank always invites artists, authors and friends of the store to come out and join the fun. This year Dancakes will be on site from 10 a.m. to noon whipping up custom, literary-themed pancakes and at 2 p.m. The Magnificoes! perform a dramatic reading of William Shakespeare’s The Force Doth Awaken: Star Wars Part the Seventh.

Left Bank is not the only indie store in town, however. The Novel Neighbor (7905 Big Bend Boulevard, Webster Groves) has literary cocktails, a band called the Wargs with a Game of Thrones and Harry Potter theme, and guest authors, as well as a selection of special merchandise. Maplewood’s The Book House (7352 Manchester Road) will also have guest authors signing books, giveaways and storytellers.

All of this is a tribute to St. Louis’ group embrace of the neighborhood bookstore, which was rumored to be on its deathbed years ago. And yet here we are more than 20 years later, still celebrating local bookshops and the people who run them.

#IndependentBookstoreDay information can be found here.

Whether a one-off, or celebration of your normal routine, what say you about the local, independent bookstore?

What say you? Login and comment.
New to Ordinary Times? Welcome! Learn more about us here.