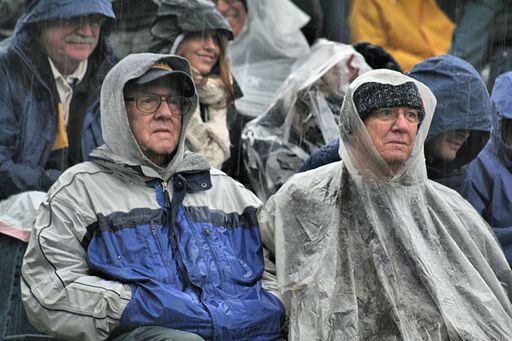 If Yogi Berra’s famous line of ““Ninety percent of this game is half mental” were applied to the fans instead of the players, it might come out as 90 percent of fandom is half agonizing. Since the most basic concept of sport is “there can only be one winner”, does the not winning become a source of frustration, cause pride in loyalty, or become a catalyst for change?

Derek Thompson writes in The Atlantic he votes for option three.

And so, without intending to adopt any sort of triumphalist attitude toward sports, I became that most despised of figures in the eyes of the diehard: a fair-weather fan. For most of my life, this has been a heavy shame. I have muttered shy apologies to friends for not standing by the hometown teams, even as most of them failed to escape the vortex of mediocrity.

When I hear “once in a lifetime,” I think: Only once? Why is fleeting happiness a worthwhile trade-off for decades of agony?

But I’m done apologizing. In fact, I’m pretty sure that I’m right and everybody else is wrong. Rooting for winners is more than acceptable—it’s commendable. Fans shouldn’t put up with awfully managed teams for decades just because their parents liked those teams, as if sports were governed by the same rules and customs as medieval inheritance. Fans should feel free to shop for teams the way they do for any other product.

What I’m proposing here is a theory of fluid fandom that would encourage, as opposed to stigmatize, promiscuous sports allegiances. By permanently anchoring themselves to teams from their hometown or even an adopted town, sports fans consign themselves to needless misery. They also distort the marketplace by sending a signal to team owners that winning is orthogonal to fans’ long-term interests. Fluid fandom, I submit, is the emotionally, civically, and maybe even morally superior way to consume sports.

If Thompson’s viewpoint is to gain ground, the most logical candidates might be found in Complex and their Sports Misery Index

Yankees, Patriots, and Lakers fans have long been known for being among the most insufferable in sports. They never cease to remind you how great their teams are, nor do they stop talking about the franchise’s glory days that they weren’t even alive for. There’s nothing more obnoxious than hearing a Yankee fan yell “27 rings” when he wasn’t even alive for 22 of them.

On the other side of the sports-fandom coin exists another type of insufferable fan: One that takes great pride in their team’s horrendous play. If you’ve ever met a Jets fan, you’ll know that a good number of them bask in the misery the “J-E-T-S, Jets! Jets! Jets!” have caused them over the years. Same goes for pre-2004 Red Sox fans.

Hell, the Browns fans had a parade for going 0-16.

While it’s arguably better to debate the greatest franchises in sports history, it can be just as fun to debate the worst. So, Complex has compiled the sports misery index, providing the ultimate bottom-feeding bragging rights across the NFL, NBA, and MLB

But lest they be left out, even non-sports fan can participate in the misery via taxation. Stadium deals, and more importantly the burden of public financing of them, have become so onerous, they can even bring bi-partisan agreement between progressive Deadspin The Raiders Robbed Las Vegas In America’s Worst Stadium Deal and conservative National Review The Tax-Revenue Raiders and the NFL’s Ominous Future

Who knew fandom would require so much knowledge of politics and economics.

What say you? Login and comment.
New to Ordinary Times? Welcome! Start Here.