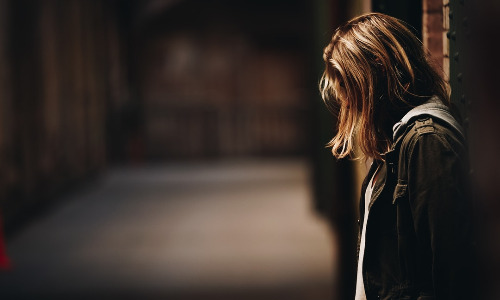 Kansas governor Jeff Colyer recently signed a new bill into law on Thursday, criminalizing police officers who have sex with people they have pulled over for traffic violations, people being interviewed during investigations, or individuals in police custody. The response from many seemed to be an incredulous “duh!” Even legal experts seemed surprised that this law is necessary:

Really? A law like this had to be signed in Kansas informing police not to do this? What a world… https://t.co/0ZjNGYW8ij

Kansas is the 33rd state to pass such a law. But even in states without a specific statute, common law principles applied on a case-by-case basis can still hold an officer of the law accountable — theoretically.

Most sexual assault statutes incorporate some version of coercion or duress as meeting the elements of the crime. Imagine this scenario:

A police officer shows up at your home and asks you to come for an interview about a case that you may know something about. Happy to be helpful, you agree to go along. You tell what you know, and then the officer offers to take you home. On the way back, he starts to flirt and compliment you. You try to be polite, despite unease. Then he takes an odd turn in his cruiser and drives to a remote area. He, dressed in his uniform and all its accoutrements, including his gun, tells you to get out. He tells you to remove your clothing from the waist down and to lean over the trunk of his cruiser.  Do you feel in a position of power to say no?

Susan* didn’t.  When she realized he was serious, she complied.

Shocked and angry, she reported the incident the next day, more than willing to cooperate in criminal charges. She gave written and oral statements and met with prosecutors. She even went public, and was interviewed on the local news. The officer involved admitted to the sex — but the prosecutor declined the case. His reason: in one of her (otherwise consistent) statements, Susan used the phrase “had sex with me”, instead of “raped me”. The officer was found to have “violated policy” and was allowed to retire.

This all occurred in a state that has no law such as the one Kansas just passed. Nevertheless, the basic sexual assault statute includes “threat or intimidation, expressed or implied” as a basis for finding a lack of consent. Language will vary by state, but most have some variation of this.

It is obligatory to mention here that this is not “all cops” or by any means even “most cops”. But it happens enough that the laws enacted by states like Kansas are not silly or pointless. There have been several high profile stories recently that have left heads shaking, like this one in New York involving two NYPD officers and a teenage girl, and this one from Memphis, in which the victim waited 13 years for the perpetrator to be arrested — when the DNA from her rape kit was finally tested — only to have the jury believe the officer’s defense of consent.

The concept of consent has taken on nebulous shape in the wake of the #metoo movement. Some say it has been stretched too far, rendering the most innocuous of interactions “abusive” or “harassing.” But “consent” has always been the core question at the heart of rape cases, where some argue that nothing short of infliction of injury or the brandishing of a weapon overrides free will.

The law recognizes more subtle acts of coercion, however. If coercion is proven to a jury, then the absence of a law specifically outlawing sex between cops and those they interact with in their jobs does not preclude conviction. A verbal threat, for instance, or the presence of a weapon even if not directly brandished, can negate consent. In this context, consider the situation faced by a person alone with a police officer. An authority figure with a gun, a badge, a uniform. The ability to physically harm you. The ability to ruin your life with a criminal charge. What are the choices running through the head of a person in the face of these factors? Run? Scream? Fight? Perhaps. But it is not hard to see how a person may feel compliance is their only option.

A matter of credibility

These things, taken together, form perfect conditions for the unscrupulous bad actors who find their way into a uniform to violate and victimize. And when sex between officer and witness/suspect is not per se illegal, consent is the only remaining area of debate in cases where the sex itself is not disputed. It then comes down to credibility.

It is not stereotyping to recognize that the segments of the population most likely to interact with the police are often those whose credibility is not unimpeachable. They often have had other brushes with the law, or associate with others who have.  And in a court room, their words are pitted against those of a respected police officer, a symbol of integrity. Even with the ubiquitous news stories of police misconduct, the assumed credibility of law enforcement is such that a judge usually must admonish a jury not to consider a police officer as inherently more truthful than a lay witness.

When the prosecutor declined her case, Susan retained a law firm — mine.  We filed suit, alleging deprivation of rights “under color of law.” She was my second client that year who found herself at the mercy of an on-duty cop who wanted sex; in the other case, it was under threat of an arrest for DUI. The officer in that case didn’t deny it either; he couldn’t. Home surveillance told the tale. We went to trial on that case. We lost. The trooper involved was, last I heard, the chief of a small town police department elsewhere in the state.

Susan accepted a modest settlement. She was a dancer at a seedy topless bar, with a checkered past and known association with some unseemly characters, and she was fearful of her chances at trial. I encouraged her to go forward; the sum she was offered was paltry in comparison to the violation she had suffered. I thought that the very factors that she believed would hurt her in front of the jury made her the perfect target for the predatory cop. Perhaps naively, I thought I could make a jury see that someone like Susan was chosen precisely because she wouldn’t be believed.  She took the money anyway. It was probably the right decision.

These women were undoubtedly victims. Their tears in my office were genuine, the aftermath of the assaults easy to see. Susan spiraled, her settlement money gone within months. My other client sunk into anxiety and depression, the medications for which left her flat and emotionless on the stand, in my view contributing to the unfavorable verdict.

The laws which would have made these men’s actions illegal, no matter who they assaulted or the amount of resistance they overcame, are crucial. In a perfect world, all officers of the law would be worthy of the respect their positions command. They would not take advantage of their inherent power and authority to abuse and violate vulnerable people. But the world is far from perfect, and people are less so.

Laws like the one Kansas just passed should not be necessary. But enough police officers have abused their positions, and enough of the public has found it acceptable, that apparently, they are.

*Not her real name.

30 thoughts on “Policing the Predators”