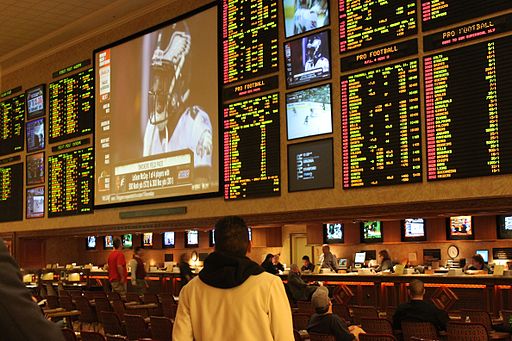 A ruling that will have dramatic impact on both sports, economics, and media has been issued by the Supreme Court of the United States. In a 7-2 decision, the Court struck down the 1992 Professional and Amateur Sports Protection Act, paving the way for legalized sports gambling outside of Nevada.

The court ruled to strike down the Professional and Amateur Sports Protection Act (PAPSA), a 1992 law that barred state-authorized sports gambling with some exceptions. It made Nevada the only state where a person could wager on the results of a single game.

States that want to offer legal sports betting may now do so, and New Jersey plans to be first. Delaware, Mississippi, New York, Pennsylvania and West Virginia are among the states expected quickly get into the legal bookmaking game.

The court ruled in favor of New Jersey and against the NCAA, NFL, NBA, NHL and Major League Baseball, capping a nearly six-year legal battle and overturning a federal statute that the sports leagues had adamantly stood by for more than 20 years.

“Congress can regulate sports gambling directly, but if it elects not to do so, each State is free to act on its own,” the court wrote its opinion. “Our job is to interpret the law Congress has enacted and decide whether it is consistent with the Constitution. PASPA is not.”

The leagues first sued former New Jersey Gov. Chris Christie in August 2012 and won every step of the way — until last June, when the Supreme Court decided to take the case. Oral arguments were heard on Dec. 4, and the justices ruled five months later.

The impact will be widespread. For nearly 26 years, Nevada has been the only state allowed to offer a full menu of sports betting options. A record $4.8 billion was wagered at Nevada sportsbooks in 2017.

Phil Rosenthal of the Chicago Tribune shared a common sentiment in speculating on this outcome. In sports gambling there is big money, and where there is money comes media and politicians:

It’s the prospect of bringing a mammoth multibillion-dollar underground industry — no one knows exactly how big — to the surface where it can be regulated, marketed and taxed that has states, gaming interests, entrepreneurs and gamblers excited and poised to exploit it.

Any media organization without a contingency plan to follow suit is missing a possible lifeline in what have been very rough waters for the business.

PASPA effectively stopped the spread of legal sports wagering dead in its tracks.
It also was ineffective in thwarting illegal gambling, if you believe casino lobby estimates that of $60 billion wagered on pro and college football games last season, only $2 billion was bet legally.
Nevada’s casino sports betting was grandfathered in, as were state-run sports lotteries in New Jersey, Delaware, Oregon and Montana. But states are always looking for new revenue sources, and this one has looked ripe for some time.

There have to be debates within executive suites and newsrooms over how to make the most of opportunities state-sanctioned gambling might present to ensure standards are not compromised in a way that damages credibility or reputation.

Yet they already know there’s no more invested media consumer than someone who hopes to profit from what he or she reads, hears or sees, and people have always been willing to pay money to make money.
Sports fans are a passionate lot to begin with. Betting on sports raises the stakes and investment, not just by definition financially but emotionally as well.

While most of the coverage will be on how many states will gain from this decision, one place who will not greet this news gladly, Las Vegas, will have much to contemplate. From ESPN:

In a way, sports betting has divided Las Vegas. The larger companies with presences in other states, such as MGM, Caesars, William Hill and Wynn, support expanded legalization, while companies limited to Nevada, such as South Point and Station Casinos, warn caution. “I just think it’s better for the entire state if we were the only one with [sports betting],” Gaughan says. “Besides the sports handle, it also brings a lot of people to town. But I’m out of the old school.”

On average, sports betting accounts for about 2 percent of the state’s overall gaming win, according to UNLV’s Center for Gaming Research. In 2017, Nevada sportsbooks contributed more than $248 million to the state’s $11.5 billion gaming win.

“Yeah, that’s tiny,” says Richie Baccellieri, a longtime bookmaker and industry consultant, “but that’s not giving enough credit to the contribution it makes to other parts of the casino. You may not get a lot from the guy sitting in the book for a three-hour ballgame, but, oh by the way, his wife’s out playing slots.”

Last year, Nevada operators cleared $3.1 billion on penny slots. In blackjack, they made $1.2 billion, 14.8 percent of the amount wagered. In sports betting, the win percentage drops to a slim 5.5 percent margin. So, states looking to reap a similar profit would be wise to adopt Nevada’s industry friendly tiered tax system on sports winnings. Taxes top out at 6.75 percent of the sports betting win (plus the 0.25 percent federal excise tax on the amount bet, the handle). Those rates are in sharp contrast to what is being proposed in other states. Pennsylvania has passed legislation to allow sports betting that includes an effective 36 percent tax rate on sports betting revenue.

“Everyone thinks we print money, but we work on the smallest margins,” says Ed Malinowski, a 20-year veteran bookmaker, now the sportsbook director at the Stratosphere. “I never thought in my position that I’d be worrying about how much I pay for golf pencils. It’s ridiculous, but those are the things I have to keep my eye on, because it all hits the bottom line.”

When the landscape first started to shift, most of these bookmakers openly rooted for New Jersey. The pros of legalization outweighed the cons for their industry, they thought. And, this being Vegas, spite also played a role. The Garden State was trying to stick it to the leagues, which had long denigrated Las Vegas, looking down on sports betting in general with moral indignation. “I wouldn’t put a team in Las Vegas, just because I don’t want our people around that kind of atmosphere,” former MLB commissioner Bud Selig once said.

Legalization, in a way, would be a big middle finger to all that rhetoric for the bookmakers. And not everyone believes it will harm Las Vegas. An analysis by research firm Eilers & Krejcik Gaming projected a positive or, at worst, neutral impact on Nevada. However, a doomsday scenario does exist: The influential leagues could convince Congress that a new federal sports betting law is needed, one with an integrity fee, potentially a prohibition on betting on college sports and one that would force Nevada to comply with the new rules. And that possibility has long since overshadowed the free-roll feel the bookmakers had in initially supporting New Jersey — back when no one really thought they could pull it off.

For Las Vegas, and now the rest of the sports and gaming public, the future is more risk vs reward than ever. And just as uncertain.

5 thoughts on “US Supreme Court Strikes Down PASPA Gambling Restrictions”