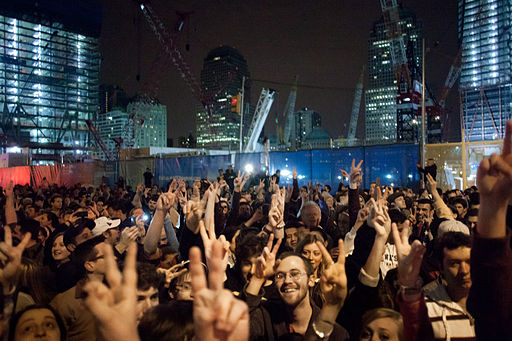 Chick-Fil-A is popular. Very Popular. In fact, according to Forbes they are projected to become the third-largest quick-service restaurant in America by 2020. And they are reaching cult-like popularity among the most coveted of demographics.

Chick-fil-A has long topped rankings of food quality and customer service. It is one of the most profitable chains in America, with average sales per restaurant reaching $4.4 million in 2016, according to a report from QSR magazine. For comparison, KFC sold $1.1 million per restaurant in the same period.

Teens’ growing appreciation for the chain is most likely tied to the chain’s aggressive growth in recent years. While Chick-fil-A has an established cult following in the South, the chain is now gaining fans in places such as New York City and the Midwest.

In 2017, the chain reported more than $9 billion in revenue, marking 50 consecutive years of sales growth. That’s up more than $1 billion from 2016, when it earned nearly $8 billion in sales. The food-industry research firm Technomic estimates that Chick-fil-A will be the third-largest chain in the US in terms of sales by 2020, behind McDonald’s and Starbucks, BuzzFeed reported.

Chick-fil-A’s win caps off the chain’s steady rise as a teen obsession. The chicken chain first made Piper Jaffray’s top-five list in spring 2012, and it spent the next five years edging up the list one stop at a time. The chain reached the No. 1 spot last spring before being beaten out by Starbucks in the fall. Now, however, Chick-fil-A is back on top.

Those, of course, are teens, but how do the much discussed Millennials feel about the subject? Business Insider produced this video, “Millennials Trying Chick-fil-a for the First Time”:

All those obsessed with the chain’s chicken goodness did not like the video one bit. Their outrage was bolstered by those who don’t care, but love piling on anything titled “Millennials”.

Now, the public rage for and against Chick-Fil-A is one thing, but this video raises a more general issue: putting questionable examples of Millennials in front of a camera over X issue to get Y reaction is its own industry in media right now. Easy-to-do content that gets strong reaction is good marketing strategy, but is also a play to stereotype and perception and must be treated as such. It is not subject to scrutiny such as the cross-tabs to legitimate polling data might be, and leaves far more of an impression.

So are these folks really representative of Millennials’ thoughts on Chick-Fil-A? Doubtful. By Business Insiders own coverage:

Chick-fil-A has long topped rankings of food quality and customer service. It is one of the most profitable chains in the US, with average sales per restaurant reaching $4.4 million in 2016, QSR magazine reported.

In other words, presenting the food alone to the folks in that video creates a vacuum that doesn’t exist in the real world. Chick-Fil-A has made its reputation by treating people extraordinarily well — which is a lesson that needs to be learned by those using Millennials as stage props for “you won’t believe this” videos. Whether that was the intention or not, it is how the production comes off.

This is becoming a maddeningly common tactic. Want to bash a popular trend? All you have to do is find an awkward Millennial to front your claim. The word “Millennial” has lost its actual connotation and become a descriptor for whatever unwanted trait the user wishes to apply. To many people, that video is the quintessential Millennial: young, skittish, not overly well-spoken, awkward on camera. The stereotypes of know-nothing snowflakes, spoiled, self-indulgent, and just plain silly are all inferred there. No doubt there are some members of the generation like that. Maybe many. But every generation has those, and the perception of Millennials as young and dumb is just not reality.

The truth is Millennials aren’t so young anymore. They are 21-37 years old. They make up the largest segment of the American workforce now, 56 million workers representing 35% of the labor in this country. Millennial mothers are having 9,000 babies a day, and accounted for more than 82% of all births in 2016. Millennials are quickly gaining on, and will eventually surpass, Baby Boomers as the largest segment of the electorate. At the time of the November 2016 general election, 62 million of them were eligible to vote.

As for the “know nothing” insinuations, the data doesn’t bear that out, either.
Forbes:

Contrary to popular belief, Millennials read more than older generations do—and more than the last generation did at the same age.

According to the latest Pew Research Center survey on book reading, 18- to 29-year-olds are the age group most likely to have read a book in any format over the past year. Fully 80% have done so, compared to 73% of 30- to 49-year-olds, 70% of 50- to 64-year-olds, and 67% of the 65+. When asked why they read books or any written content in general (such as magazines or blogs), Millennials are far more likely than older adults to say it’s for a specific purpose, such as work, school, or research. But they’re also equally likely to read “for pleasure” or “to keep up with current events.”

These findings are echoed by a recent report from the National Endowment of the Arts (NEA). The study examined the narrower category of “literature,” or novels, plays, short stories, or poems not required by work or school. Last year, 43% of 18- to 34-year-olds read literature, outmatched only by 65- to 74-year-olds (at 49%)—early-wave Boomers well known for their high level of educational attainment and penchant for high culture. An older NEA report found that the share of 18- to 24-year-olds who read literature rose sharply starting in 2002—in other words, when this age group began to be dominated by Millennials.

The educational trajectory of young women across the generations has been especially steep. Among Silent Generation women, only 9% had completed at least four years of college when they were young. By comparison, Millennial women are four times (36%) as likely as their Silent predecessors were to have at least a bachelor’s degree at the same age. Educational gains are not limited to women, as Millennial men are also better educated than earlier generations of young men. Three-in-ten Millennial men (29%) have at least a bachelor’s degree, compared with 15% of their young Silent counterparts. These higher levels of educational attainment at ages 21 to 36 suggest that Millennials – especially Millennial women – are on track to be our most educated generation by the time they complete their educational journeys.

So what, if anything,  is the problem with Millennials? The issue is that comparing generations — while inevitable and even necessary — is subjective at best. For example, in the Pew data there are far fewer veterans in the current Millennial ranks compared to the Silent Generation, but there also is no World War 2 to fight. There has been no draft for four decades, and the last surge of enlistment, post-9/11, was before their time. The Boomers have their memories of the turmoil of the sixties and the Vietnam era, but Millennials have had, comparatively, social peace and quiet. Internet culture wars have, thankfully, not reached Kent State-level tragedy. Their parents can probably tell you exactly where they were when 9/11 attacks happened, but the oldest Millennial was a teenager on that horrible day, and it isn’t the defining moment for them that it is for many of us.

History tells us those moments will come. While we are sometimes justified in giving the Millennial Generation a hard time as a group, we should remember that at some point, their trial will come. Whether war, financial crisis, natural disaster, or some other cataclysmic event, hard times will arrive to test them. The further they go before that test, likely the better for both them and the country. What they, and we as a people and nation, become will be a result of that trial, just as for every prior generation. So let us save our final judgement on the whole of a generation for when that day comes. When it really counts. Not as fodder for viral videos.

57 thoughts on “Stop Mocking Millennials – Their Day is (Almost) Here”