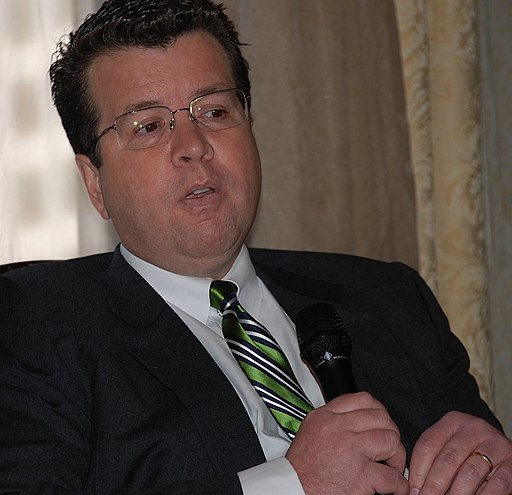 I am not a Fox News watcher. I don’t even have it as an option with what I currently stream. I am vaguely aware of Neil Cavuto, and perceived him more as a business guy than political guy, though I don’t watch. But this piece by David Folkenflik for NPR gave me more than one reason to reconsider the man.

That Cavuto is on the air at all is remarkable. He has trouble with basic moves that other hosts take for granted: For example, he cannot reliably read a teleprompter.

“I don’t have a safety net to fall on,” Cavuto says. “I will have notes. Usually, they’re color-coded if my vision is particularly bad. The red stuff means, ‘You really want to mention that, Neil.’ ”

The Trump era presents a very specific problem. “The tweets are the death of me!” Cavuto says. “They give it to me in large-point type.”

Cavuto’s health challenges are daunting and have unfolded almost in sync with each new phase in his career. He received a diagnosis of Hodgkin lymphoma just months before his start at CNBC two decades ago. He was told he had multiple sclerosis the year after joining Fox News as one of its original anchors. A decade later — the same year that Fox Business launched with Cavuto as managing editor — doctors informed him that his MS was progressive. Which is to say the disease would advance and take an increasing toll on his body.

On the day I visit, Cavuto acknowledges fatigue slows his ability to walk.

To treat the stage 4 lymphoma, Cavuto says, he had much of his lung removed, so he gets pneumonia and bronchitis readily, compromising his voice. Additionally, two years ago, at the outset of the 2016 general elections, he had open-heart surgery after a coronary artery completely closed.

Cavuto deflects his health concerns with self-deprecating humor: “Not to use that for an excuse, or pity, although I welcome both,” he says.

A fascinating profile, and a good reminder that though we joke about talking heads on TV, there very much is a person attached.