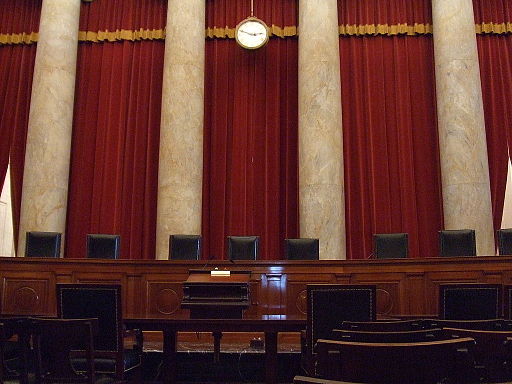 The Supreme Court released its opinion in Epic Systems Corp. v. Lewis, upholding the enforceability of individual arbitration mandates in employment contracts. Arbitration, for those not in the know, is a form of “alternative dispute resolution”, less formal than a court action, in which a dispute is settled not by a judge in a court of law but by an “arbitrator”, who is generally agreed upon by the parties. Arbitration is intended to cut down on judicial back log and to reduce costs to the parties. It is binding, and is only available when both parties agree to use it.

The United States Congress passed the Federal Arbitration Act (FAA) in 1925, legitimizing the use of the process by compelling the enforcement of arbitration clauses and making the outcomes thereof binding. A body of ensuing caselaw has leaned largely in favor of arbitration, though lower court splits lead to some matters, like Epic, making their way to SCOTUS.

Epic actually involves the employees of three companies: Epic, Ernst & Young, and Murphy Oil USA. The employees of each signed  employment contracts, contained within all of which was an agreement to settle employment disputes via individual arbitration; that is, one-on-one, not group action. Under various theories, the employees of the three companies found themselves aggrieved by alleged underpayment of wages. Each filed federal lawsuits, attempting to create class actions against their respective employers. Each employer filed a motion to enforce arbitration, citing the individual arbitration clause of the employment contracts.

The employees in Epic rely upon the “saving” clause of the FAA, in which the Act dictates that written arbitration agreements are valid and enforceable, “save upon such grounds as exist at law or in equity for the revocation of any contract.” The employees argued that the dictates of the FAA were overridden by the National Labor Relations Act (NLRA), which guarantees employees the right to unionize and  “to engage in other concerted activities for the purpose of collective bargaining or other mutual aid or protection”. Thus, they argue, the contractual provision which denies the right to class-actions over wages and working conditions is violative of the NLRA and cannot, therefore, be upheld under the FAA. The employees maintain that the provision of their contracts waiving their rights under the NLRA are unenforceable.

The SCOTUS majority led by Justice Gorsuch disagreed in its statutory reading, opining that collective litigation is not covered under the “concerted activities” portion of the NLRA.  The marjority interpreted that provision as applying to collective bargaining and union activities. In a vigorous dissent joined by Justices Breyer, Sotomeyer, and Kagan, Justice Ginsberg argues that the FAA can not be used to strip workers of their NLRA rights, of which she counts collective litigation, in boiler-plate, take it or leave it contracts. To be sure, these are not bilaterally negotiated contracts, in most instances, but a “sign this or feel free to find work elsewhere” ultimatum.

The 27 page opinion and concurrence and its accompanying 35 page dissent are much more nuanced than this summary endeavors to be; however, the ruling invokes issues of labor unions, privity of contract in the post-Lochner era, and, for those inclined to enjoy such things, statutory construction.

Predictably, reactions on social media were mixed, with some lamenting the ruling as a devastating blow to the American worker:

The majority in *Epic Systems v. Lewis* uses the Federal Arbitration Act as a battering ram to crush the collective action protections of the National Labor Relations Act. Attributing this injustice to Congress won’t wash. https://t.co/cnw9e4U72O

Some saw an opportunity to advance their cause:

Today’s #SCOTUS ruling in the Epic Systems v. Lewis case goes to the heart of why America Needs #Union Jobs. Let’s stand with working people and their families https://t.co/d3nsbNImwV

Others hailed the decision as a positive:

Epic Systems is an epic win for free contract over lawyer-driven class actions. Now we who back a modern employment relations system, one that’s based on contract not status, must defend it from the inevitable attempts to overturn in Congress. #SCOTUS https://t.co/gUlyoqXRxL

To be certain, some will inevitably view this decision as creating a David v. Goliath dynamic, in which mistreated employees seeking redress of unfair employment practices find themselves outmatched by large corporations. Others will applaud the “win” for businesses to avoid protracted and expensive litigation.

In theory, arbitration is supposed to be economical. However, in practice, some critics point to the exorbitant cost to the parties, who must pay the arbitrator, as well as an attorney, if one is used. As Ginsburg points out in her dissent, an employee utilizing the Ernst and Young arbitration program would pay some $200,000 in arbitration fees to recover less than $2000 in unpaid wages, when that sum could be easily recovered for a few hundred dollars in filing fees in small claims court.

The Court’s decision today is inline with its recent history. In 2011, the Court ruled that individual arbitration was enforceable as to consumers in the case of AT&T Mobility LLC v. Conception, in which class action was denied to cellular customers disputing charges for an allegedly “free” phone, because the customers agreed to individual arbitration in their contracts with AT&T.

Undoubtedly, we have all agreed to arbitration when clicking “I Accept” on the fine print of user agreements. While we wait to see whether Congress take any action to address the result reached by the Court, let us use this as a reminder: always read the fine print.