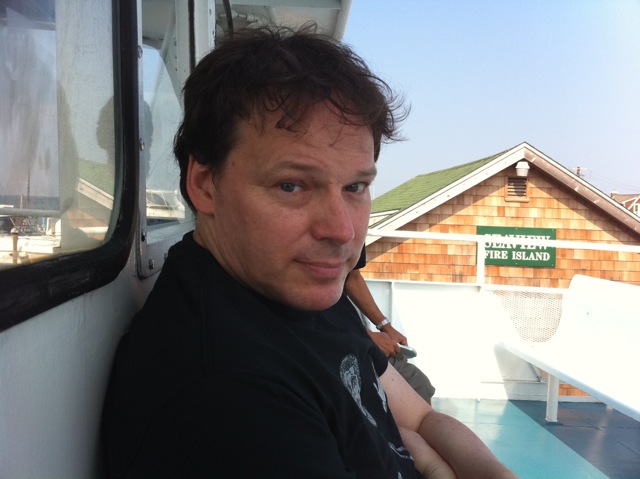 David Graeber’s new book, “Bullshit Jobs” is sure to grab people from the title. But how does the content stack up?

From Miranda Purves for Bloomberg:

Very loosely, a bulls— job, by Graeber’s definition, is one that could be erased from the Earth and no one would be worse off. It’s also phenomenological. If you feel your job is bulls—, it probably is.

Any corporate lawyer or health-care services administrator who’s reading this and thinking, “Wait a minute, serving my client’s needs is necessary and fulfilling,” is going to disagree with a lot of this book, but even those readers will be hard-pressed not to admit that inventing and maintaining many of the unpleasant aspects of daily life requires a lot of work hours that would be better spent elsewhere.
For instance, consider the poor souls whose work entails implementing the ubiquitous feature of automatic phone systems: when you call about a bill or service issue, you have to speak your name into a computer system; once you’ve articulated “speak to an agent” some 16 times to said computer system, waited 20 additional minutes, and finally reached a human being, you immediately have to provide the same information you already gave the system.

Meanwhile, says Graeber, practitioners in the fields that directly benefit mankind or offer personal fulfillment, such as teaching, caregiving, waiting, writing, performing carpentry, or making art, are (with the exception of some doctors) poorly paid and secretly resented by those forced to waste their time pursuing a paycheck. Being occupied for long hours of the day fulfilling tasks that, at best, are useless and, at worst, hurt others—building the aforementioned phone systems, foisting software on budget-starved elementary schools, creating paperwork morasses for the homeless—is “a profound psychological violence” that causes anxiety and depression. Basically, our collective soul is being crushed by a rise in what Graeber sees as make-work.

But there is also the author’s motivations to consider:

He does nail it when he writes that “much of the reason for the expansion of the bulls— sector more generally is a direct result of the desire to quantify the unquantifiable,” but he’s fallen into the same trap. The tension at the heart of this book, of course, is that the writing of it is a bit of a bulls— job. Graeber might even be hiding a crushed soul of his own.

In his comfortable seat as a professor at an esteemed institution, musing amusedly about the mind-numbing hours most working people have to put in and put up with—even at jobs that have lively, meaningful moments—fits neatly in his category of “duct taping,” maybe also “flunky.”

The L.S.E. is publicly funded but also relies on alumni donations. (It’s known for graduating billionaires.) In other words, his salary is made possible by the people he accuses of being in charge of this bulls— job-generating system. Why might they want to pay him? (Graeber loves the pedagogical question structure.) By offering this cultural pacifier, which soothes by affirming people’s lonely suspicions, he’s doing only what the British version of The Office and Mike Judge’s masterpiece Office Space already have. And these diversions often just use up the little time we have left after work, restoring us only enough to return tomorrow.

Graeber is also an activist, so he must be given some credit for not just honking off in an annoyingly self-satisfied tone; although he claims he’s not interested in suggesting policy (he is, after all, an anarchist), he does endorse Universal Basic Income as one solution.

But he misses an opportunity to examine the other group of people who are trying to eliminate the bulls— job cycle. This week, droves of Glocksters (Global Blockchain Hipsters) have descended on New York for the Ethereal Summit and Consensus 2018, conferences run by Consensys and CoinDesk Inc., which are companies trying to galvanize cryptocurrencies and blockchain technology. Many attendees are just Bitcoin bros who are or want to be rich, but a significant segment of crypto believers is persuaded that the blockchain will obviate the middleman, cut through the administrative morass generated by Graeber’s overlords, and offer the first pure form of state-free value exchange.

28 thoughts on “David Graeber Publishes Book on BS – Jobs, That Is”