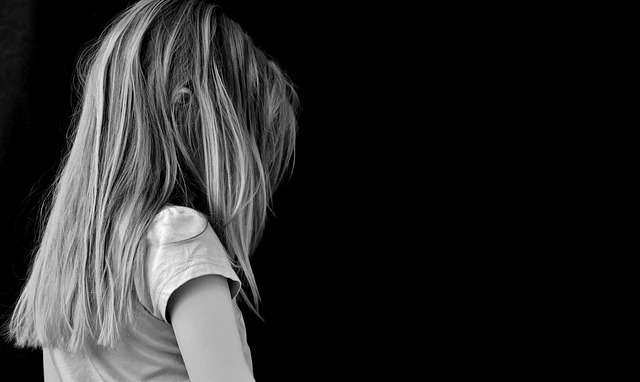 A shocking report released this week revealed that nearly 1500 unaccompanied child immigrants are missing after being placed into homes by the federal government. These children, who entered the United States without a parent or guardian, were sent to live with “sponsors” who were to care for and support them while they awaited immigration hearings. From the article:

From October to December 2017, HHS called 7,635 children the agency had placed with sponsors, and found 6,075 of the children were still living with their sponsors, 28 had run away, five had been deported and 52 were living with someone else. The rest were missing, said Steven Wagner, acting assistant secretary at HHS.

Further reports show that the number reflects children whose sponsors did not respond to follow up calls and thus could not confirm the children’s whereabouts. But some fear these children have fallen prey to human trafficking or slavery, a truly horrifying thought, considering most came here to escape violence. The US Department of Health and Human Services claims they lack the resources and manpower needed to track these children, but vows to do better.

Ironically, this story comes on the heels of one of local interest to me, in which the US Department of Justice is reportedly on the brink of suing West Virginia for deficiencies in its foster programs. The feds are unhappy that the state has more children in its custody than it has foster homes. This has led to many children being placed out-of-state or in group facilities, practices frowned upon by the DOJ.

It is well-known that the foster care system is imperfect. Some complain that child protection agencies are not proactive enough, leaving children in harm’s way. Others accuse the agencies of engaging in “child stealing”. No matter which is true, one can hardly imagine an issue for which improvement is more crucial.  Having worked as an attorney in the child protection system, I can attest to its flaws, though I suspect my opinions on the answers would not track with those of the DOJ and might surprise those with an outside perspective.

It is the job of child protective services to protect children who are abused or neglected in their homes. In doing so, the law requires that they utilize the least drastic measures necessary. Removing the child from the home is supposed to be the last resort; however, it is usually the first. It is understandable. Nobody wants to be the worker who made the wrong call and left a child in a bad home if the worst case scenario happens. But the most obvious way to reduce the chronic lack of appropriate foster homes available is to reduce the number of children needing them.

There is a place for discretion here, even when the conditions in the home are less than ideal. Let me be clear: where physical or sexual abuse is present, there is no less restrictive alternative than removal from the home. I am not talking about those situations. But I have seen children taken from their parents and placed in foster care because of chronic lice, truancy, and dirty homes. Because a spanking left a red mark. Because mom and dad smoke pot sometimes or dad drinks a six-pack every night.

These situations are not good for children. The instinct to take them out of these homes and put them somewhere “better” is hard to criticize. But one overlooked fact that must be considered is this: removal is traumatic. No matter how bad the home situation, no matter how absolutely necessary it is to take that child away from his or her parents, that removal will add to the damage. They have a natural love for their parents, no matter how awful they are treated. They must leave them behind, along with their home and most of their belongings. What belongings they do get to keep are tossed into trash bags used as makeshift luggage (a dehumanizing practice so prevalent that there are now several charity programs to provide duffel bags and suit cases for foster children). The weight of this harm needs to be factored into the decision to remove or not.

There are myriad agencies contracted with CPS in West Virginia to provide counseling, parenting classes, and oversight to parents who are failing. While inpatient drug treatment is a scarce resource, counseling and outpatient treatment for less serious substance abuse issues is available widely. Child protective agencies need to favor placement of services and monitoring into the home wherever that is possible to avoid the need for foster care in the first place.

One Size Does Not Fit All

Indeed, sometimes there is no way to keep a child safe without removing them from their parents’ custody. In West Virginia, the ravages of the opioid crisis has contributed to unprecedented numbers of children in foster care. In January 2017, there were almost 5300 children in the system; as of April of 2018, that number was nearly 6600. The reality is that the vast majority of the kids placed into the system are never returned to the permanent custody of their parents. This means that the foster homes are not “turning over” to be available for new children, and the finite supply is chronically short.

There are billboards, radio ads, and print ads imploring people to consider becoming foster parents. But the process is fraught with bureaucratic obstacles and red tape that often scare potential fosters away. There must be standards, of course, to ensure homes are safe and adequate. But in my time in the system, I saw good families rejected for having just slightly less square footage than required, or because the spare bedroom did not have a window, and once because the perspective foster parent’s hypertension was deemed to render her physically unfit to care for an eight year old. In yet another case, a grandparent was ruled out as a possible placement for her own grandchild because she had a misdemeanor conviction for a worthless check, and her husband had a ten-year-old DUI. Relative placement is preferred, but in this case a stranger was deemed preferable to a set of grandparents with misdemeanor convictions. That foster home could have remained available for a child without loving family willing to take them in.

In these cases, common sense should have prevailed over adherence to often arbitrary standards. One would imagine a loving and willing home would be the goal, not a perfect one. The system is overtaxed, but it would be worthwhile to consider a less rigid process in which homes or people who fall outside of the standards could be reviewed on a case by case basis to determine fitness.

Under West Virginia law, “permanency” -reunification, adoption, or permanent guardianship- must be achieved within 18 months of removal from the home. This deadline is rarely met. These cases, part of an already-clogged court docket, take several months before a court even rules on whether or not the parent deserves an opportunity for an “improvement period” to correct the issues in the home. Hearings are continued, rescheduled, continued again. Improvement periods, when granted, are no less than six months, and can be extended under certain circumstances. In the meantime, the child remains in foster care.

Foster parents in West Virginia must agree that they are willing to adopt children placed into their care, to avoid further disruption if reunification fails or is not possible. Many, if not most, of the families who sign up to foster do so to avoid the difficult process of private adoption. They are in it because they want a child (usually, they hope for a baby, which makes foster homes for older children even harder to come by.) This makes for an even more difficult hill for the natural parents to climb in order to get their children back. By and large, these foster families have more money, more education, and a higher standard of living than the parents do and thus more to offer a child in their care.

When a child is placed in foster care as a result of abuse and neglect, their case plans must run concurrently down two tracks: one track leads to reunification with parents; the other to adoption or permanent guardianship by foster parents. In either case, the goal is “permanency”. While the courts and the agencies must do all they can to help the parent correct the issues that led to the removal of the child, they must simultaneously plan for the contingency that those efforts will fail and parental rights will be terminated.

There was often a palpable disappointment by CPS workers and other advocates for the child when the rare successful reunification occurred and a parent got his or her child back. Their sympathy lies with the foster parent who must give up the child they hoped to adopt. More than once I have seen their reluctance in court, when they must begrudgingly concede that a parent has done all that was asked of him or her to reunify with the child.

But most of the time, it doesn’t get that far and reunification doesn’t happen. More often, the foster family becomes the adoptive family and removes itself from the list of available foster homes.  Because of the long-term nature of foster care and its tendency to lead to adoption, it is not that there are too few foster homes; it is just that they all remain full.

The polar star upon which all decisions are to be guided in these matters is “the best interest of the child”. Given the difficulty a tiny state like West Virginia has with this task, it is unsurprising that the behemoth of federal government is not doing any better. But these are children’s lives and well-being at stake, not long lines at the DMV. We need to start treating the separation of children from their parents as something other than a bureaucratic process. We must do better.

47 thoughts on “Suffer the Children”