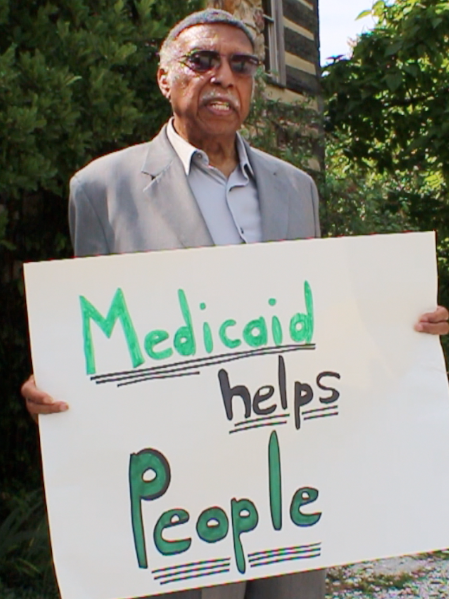 Earlier this week, Virginia became the 33rd State to pass legislation expanding Medicaid. While the national conversation still mostly focuses on the Affordable Care Act, colloquially known as Obamacare, the majority of states have quietly expanded government-run healthcare options, and more appear close to joining them.

The Expanding Medicaid Expansion by Vann R. Newkirk II From The Atlantic:

Virginia is an example of these trends. After five years of deliberation in the state, a Republican-leaning polling firm found that public support of the Medicaid expansion surged to 83 percent this year. And despite not controlling either chamber, Virginia Democrats claimed the 2017 elections as a victory, winning Northam the governor’s house and making major gains in the state legislature. In polls and by ballot, the mandate to expand Medicaid in Virginia was stronger Wednesday than it’d ever been.

Even in states that don’t—or, because of gerrymandering, can’t—have such a strong correlation between popular will and legislative outcomes, citizens have increasingly used direct democratic means to circumvent state officials. In 2017, voters in Maine used a ballot initiative to push Medicaid expansion right past the staunch objections of Republican Governor Paul LePage, and advocates are now suing to compel his administration to move faster on its implementation. On Tuesday, officials in Utah certified that a Medicaid-expansion initiative will be on this November’s ballot. Idaho petitioners await certification of a ballot initiative, and Nebraska petitioners are still gathering signatures for a similar measure. And in Montana, facing the pending expiration of a special Medicaid-expansion waiver program, petitioners are working toward a ballot initiative that would take reauthorization power away from the legislature and give it to voters directly.

With more repeal bills potentially on the horizon, and the Trump administration continuing to dismantle coverage regulations, the overall picture is still murky for health reform and the prospects of even near-universal coverage. The uninsured rate is still increasing, and the cost outlook for people with private insurance doesn’t exactly seem rosy.

But, as Virginia shows, the shape of health care in this country is changing, if fitfully. The public is increasingly supportive of the idea of universal care, and that promise is buoying Democratic hopes to regain state leadership posts. And even in some states that will remain led by committed anti-Obamacare Republicans in perpetuity, thousands of citizens are pushing for their own reforms. The process seems to be moving slowly, but the outcome might already be decided. After all, it took almost two decades for all of the states to adopt the Medicaid program in the first place.