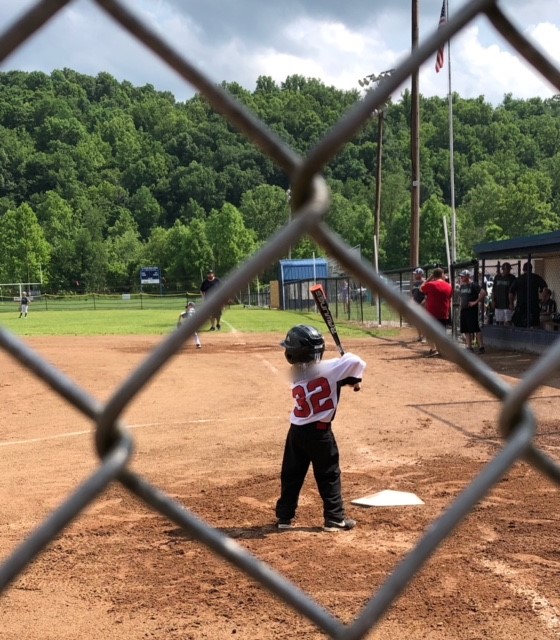 I am the mother of two boys. Their father, a high school athlete, was ecstatic about the prospect of sharing his love of sports with his son, as his father had with him. We decorated the nursery in a sports motif. As fate would have it, our older son has zero interest in sports- and an aptitude to match. He played a few seasons of bitty league baseball, but only until he was old enough to realize he had a choice.

My younger son is a little more interested and just finished his second year of baseball. He was even on the post-season “all star” team. This is mostly because the league needed my husband to help coach, however, as my little boy was not an all-star level player. I cringed from my camp chair on the sidelines, as he swung and missed approximately 19 out of 20 pitches, or missed catching a ball by a good two feet. But he had fun playing, and when he hit the ball in his last at-bat of the season, I was that obnoxiously loud-cheering baseball mom.

As parents, we project. When I felt sad for my son, who was obviously having fun despite his struggles, I was thinking of my own youth. A stereotypically unathletic bookworm, I was always chosen last for teams in gym. It would come down to me and the class “fat kid”, and since that kid was a boy, he usually made the cut first. And it was deserved; I was not only uncoordinated but also uninterested, oblivious in the outfield, scanning for shapes in the clouds or drawing pictures in the dirt with the toe of my shoe. But it seemed somehow worse that my son was failing at something he appeared to enjoy.

Little did I know, my baby couldn’t see the ball.

He had been prescribed glasses a year ago for mild nearsightedness, approximately equivalent to 20/75 vision. Because it was “mild”, and because glasses are fragile and expensive, he did not wear them during games. Then I took him to the optometrist for his annual exam last week. After the exam, the optometrist got the “concerned doctor” look on his face: my son’s vision has significantly worsened over the last thirteen months, to a degree beyond that which would be expected and normal. It is now more like 20/225. He needs further examination by a specialist.

I am not in a panic, yet. My husband had a similar pattern in his childhood. He had thicker and thicker glasses every year until he was put in contacts at age ten (he was the youngest patient his doctor ever fitted for lenses, in hopes it would slow the progression of his myopia). While it is not a good thing, it is not necessarily indicative of a serious degenerative problem, given that hereditary situation.

But I started thinking of the disappointment I felt for my son in his inability to excel at baseball. I had simply concluded that he lacked talent, and that was that. Of course, I would cheer him on and encourage him as long as he was interested, but, I assumed, the writing was on the wall. I pigeonholed him as “not an athlete”, just like me. Knowing now that it is quite likely that his vision was at least partially to blame for his trouble is a humbling reminder: our kids are not just small versions of ourselves.

I now wonder in what other ways I have projected my own characteristics and shortcomings onto them. One that comes to mind is math. I hated it, and I struggled with it. My children both get their lowest grades in math. Rather than consider whether a different teaching method or other intervention could help them succeed, I have internally thrown up my hands and decided math is going to be a struggle for them. In math, and in baseball, I have unwittingly conceded my children’s defeat.

That’s a hard pill to swallow. I fancy myself the type of parent always on the alert for my children’s areas of interest and talent. When I see it I find ways to help foster and develop them. Both are talented artists, particularly the younger one, and I encourage them and provide supplies.  My older son is teaching himself to code, and has already made a few simple video games. I take him to kid’s coding classes and I got him on the school robotics team. My assumption that my son is, like me, “just not a ballplayer”, without considering other things that might be impeding his progress, is definitely a parent fail.

I am not saying that once we get his glasses (and a pair of sports goggles, for fall ball), he will suddenly become the star of the team. But at least I will know that it is not me and my preconceived notions holding him back.

12 thoughts on “Lessons in Parenting, Baseball, and Optometry”