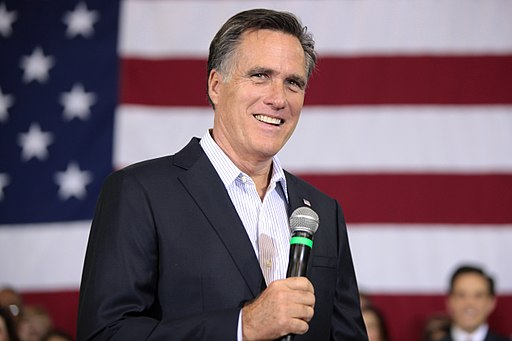 In a hotly contested election year, the most boring US Senate race might prove to have the most impact after the election. Barring something unheard of Mitt Romney is going to become the junior US Senator from Utah. But the former Massachusetts Governor and presidential candidate would not be your typical freshman senator.

While his wife looms largest in his life and decision-making, former aides and advisers say, Mr. Romney’s aspiration to live the lessons of George Romney cannot be overstated. When he debated Barack Obama in 2012, Mr. Romney scribbled a single word atop his notes to anchor himself: “Dad.”

“His dad’s legacy weighs into every decision he makes,” Josh Romney said.

After George Romney left office in Michigan, his son recalled in 2014, he grew “quite frustrated” at his diminished relevance, saying that Washington was “the fastest place to go from ‘who’s who’ to ‘who’s that’?”

Mr. Romney plans to avoid a similar coda. He has already spoken in private about serving two terms. He hopes to join the Senate Foreign Relations Committee, among other assignments. And he has told supporters he wants to become a leading voice on fiscal discipline and immigration policy — about which he has said he is “more of a hawk” than the president.

“He’s hesitant to even bring up his name,” Josh Romney said. “He doesn’t want it to be about Donald Trump.”

Nor do the voters, in a state Mr. Trump lost decisively in the 2016 Republican caucus, seem especially inclined to make Mr. Romney talk about him. At the festival, Mr. Romney fell into conversation with firefighters, a sheriff, a former volunteer on his presidential race. “Wish I’d have won,” Mr. Romney told the man. “I apologize.”

And that name Romney is hesitate to speak, President Donald J. Trump, was very much on his mind two years ago in his well publicized speech during the 2016 campaign:

He once called Donald Trump “a con man,” but Mitt Romney is now predicting that Trump will “easily” win his party’s presidential nomination in 2020 and “solidly” win a second term. The president, in turn, called Romney “a straight shooter.”

Romney, the GOP’s failed 2012 presidential nominee from Massachusetts, now a Republican Senate candidate in Utah, made the prediction Thursday as he welcomed dozens of high-profile business and political leaders to a mountainside retreat in Utah. As he has every year since 2012, Romney played host to an invitation-only summit focused on the future of American leadership at home and abroad.

The future, he predicted, would feature Trump as America’s leader at least for another six years.

“I think that not just because of the strong economy and the fact that people are going to see increasingly rising wages,” Romney said, “but I think it’s also true because I think our Democrat friends are likely to nominate someone who is really out of the mainstream of American thought and will make it easier for a president who’s presiding over a growing economy.”

Asked about Romney’s comments as he left the White House on Friday, Trump said he appreciated his formal rival’s assessment.
“Mitt’s a straight shooter — whether people love him or don’t love him,” Trump said.

Yet Romney’s criticism has softened since then. And now, in the midst of a Republican Senate primary campaign, the former Massachusetts governor appears to be embracing Trump and his leadership role in the modern-day Republican Party.

Which version of Mitt will be serving in the US Senate remains to be seen. But unless something unforeseen happens, we will find out come January.

70 thoughts on “The Third Coming of Mitt Romney”