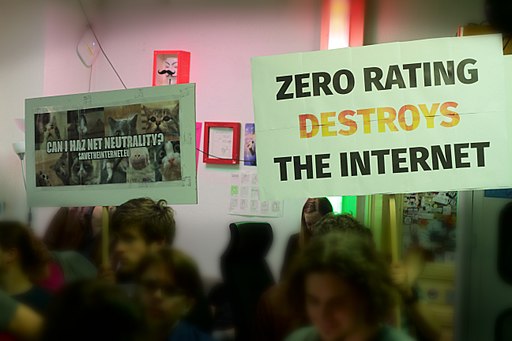 Net neutrality is officially repealed as of Monday, June 11. While the vote to repeal occurred back in December, the process required several further steps before officially being implemented on Monday.

The controversial repeal of Obama-era net neutrality protections is officially set to take effect on Monday, despite ongoing efforts from members of Congress, state officials, tech companies and advocacy groups to save the rules.

The Republican-led Federal Communications Commission voted along party lines in December to repeal the rules, which were intended to prevent internet providers from blocking, speeding up, or slowing down access to specific online services.

The order required the approval of the Office of Management and Budget, which the FCC announced receiving last month. In a statement at the time, FCC chairman Ajit Pai framed the upcoming repeal as removing burdensome regulations.

“Now, on June 11, these unnecessary and harmful internet regulations will be repealed and the bipartisan, light-touch approach that served the online world well for nearly 20 years will be restored,” Pai said in a statement last month.

Supporters of net neutrality vow to fight on, such as Chad Marlow at ACLU:

On June 11, net neutrality protections will cease to exist. This means your internet service provider will be able to engage in content based discrimination. Internet content it likes — for political or financial reasons — will be delivered at top speeds, while content it disfavors will be slowed or even blocked.

But will that start happening on day one? Almost certainly not, because the big telecoms that fought so hard to kill net neutrality are smarter than that.

Internet service providers spent millions of dollars lobbying the Federal Communications Commission to end net neutrality, and they are certainly going to expect a healthy return on that investment. While the ISPs are clearly focused on increasing their profits, here the ISPs are likely to be patient. Their wisest course of action will be to eliminate net neutrality like a slow drip over time in the hope that consumers won’t notice and will stop caring.

While fans of repeal, such as Joe Kane at R Street, emphasize the past as prelude to the end of the regulations being hardly noticeable:

Title II rules only went into effect in 2015. If those rules were essential to the functioning of an open Internet, then it is hard to see how the online services we all use every day grew up and flourished without them.

The Internet became great without Title II rules, and we do not need 1934 telephone regulations to keep it that way. With the order that took effect today, you will still be able to use all your favorite web services. Meanwhile, the light-touch approach will foster new improvements to things like live-video streaming and online gaming, which could have been stifled by heavy-handed restrictions.

More from Ordinary Times on Net Neutrality:
The Messy Convergence of Sh**ty Customer Service and Net Neutrality By Tod Kelly
Net Neutrality, Libertarianism, and Free Information By Mark Thompson
How Neutral will Congress Make the Net?