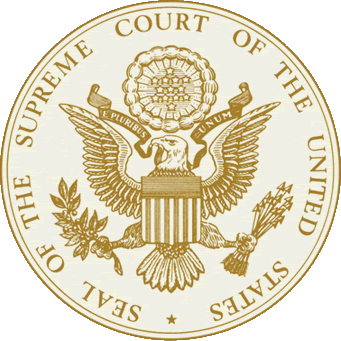 The Supreme Court of the United States issued two new opinions Thursday, one of which involves interpretation of foreign law and the other a matter of free speech.

The first, Animal Science Products, Inc., et al. v. Hebei Welcome Pharmaceutical Co., LTD., et al, reviewed a ruling out of the Second Circuit, in which the lower court ruled that US federal courts must defer to a foreign country’s interpretation of its own laws, whenever such interpretation is “reasonable.”  A rare, unanimous SCOTUS disagrees.

The underlying case involved a class-action suit against four Chinese manufacturers and exporters of vitamin C, alleging price fixing and other violations of the Sherman Act. The foreign defendants moved to dismiss the case on the grounds that Chinese law required the companies to take the disputed actions, and arguing that “the foreign sovereign compulsion doctrine” and “principles of international comity” shielded them from liability under US antitrust law. China’s Ministry of Commerce submitted an amicus brief in support of the companies’ position.

The US parties argued that there was no written law or regulation produced by the Chinese which mandated the disputed activities. The lower court denied the motion to dismiss by the defendants and the US purchasers prevailed at jury trial, winning $147 million in damages and an enjoining of further Sherman Act violations by the Chinese sellers. But this verdict was reversed by the Second Circuit, which held that the District Court should have granted the Motion to Dismiss, and that it had not given appropriate deference to the Chinese Ministry’s interpretation of the law. Per the Second Circuit:

“[W]hen a foreign government, acting through counsel or otherwise, directly participates in U.S. court proceedings by providing a [statement] regarding the construction and effect of [the foreign government’s] laws and regulations, which is reasonable under the circumstances presented, a U.S. court is bound to defer to those statements…”

SCOTUS disagrees, holding that “a federal court is neither bound to adopt the foreign government’s characterization nor required to ignore other relevant materials.” The Court said that such issues are to be analyzed as questions of law, not fact, and thus courts should consider other evidence beyond the foreign nation’s interpretation in rendering a conclusion of law. Therefore, writes Justice Ginsburg for the unanimous Court, the Second Circuit “erred in deeming the Ministry’s submission binding, so long as facially reasonable” without considering other evidence and documents presented by the opposing parties.
Ginsburg compares the Second Circuit’s reasoning with situations in which SCOTUS considers the official position of state attorneys general; such evidence is given respectful consideration, “but do not garner controlling weight”. The case is remanded to the Second Circuit Court of Appeals for reconsideration.

In a 7-2 split, the Court also issued its ruling in Minnesota Voters Alliance et al v. Mansky et al, invalidating a Minnesota law prohibiting voters from wearing “political apparel” inside a polling place on election day- but not invalidating such laws altogether. Justice Roberts delivered the opinion of the Court, joined by all but the dissenting Breyer and Sotomayor.

Minnesota’s statute, purportedly intended to ensure permissible “viewpoint neutral restrictions on election-day speech” (see Justice Scalia’s concurrence in Burson v Freeman, 1991, the case upholding the prohibition of campaigning activities within 100 feet of polls), prohibits the wearing of a “political badge, political button, or other political insignia… at or about the polling place”, subjecting transgressors to civil penalty or a misdemeanor charge. Guidance distributed to poll watchers included the following list of banned apparel:

The Petitioners, Minnesota Voters Alliance (MVA) and other voters’ rights groups, challenged the law as unconstitutional on free speech grounds. The lower court found in favor of the state, reasoning that the rules were akin to other restrictions on free speech relating to political campaigning in the vicinity of polling places.

SCOTUS disagrees, finding that the ban “restricts a form of expression within the protection of the First Amendment”- but the ruling was not so broad as it seems at first blush.

The Court recognized that in nonpublic forums- “a space which is not by tradition or designation a forum for public communication”- the government has more “flexibility to craft rules limiting speech.” SCOTUS finds that Minnesota “may choose to prohibit certain apparel there because of the message it conveys, so that voters may focus on the important decisions immediately at hand.” However, the Court also finds that the law gives no definition of what “political” means, and rejects the state’s contention that the ban only applies to “words and symbols that an objectively reasonable observer would perceive as conveying a message about the electoral choices at issue…” The Court held thusly:

A rule whose fair enforcement requires an election judge to maintain a mental index of the platforms and positions of every candidate and party on the ballot is not reasonable. Candidates for statewide and federal office and major political parties can be expected to take positions on a wide array of subjects of local and national import.
***
Would a “Support Our Troops” shirt be banned, if one of the candidates or parties had expressed a view on military funding or aid for veterans? What about a “#MeToo” shirt, referencing the movement to increase awareness of sexual harassment and assault? At oral argument, the State indicated that the ban would cover such an item if a candidate had “brought up” the topic.

The Court makes clear its quarrel with Minnesota’s law is its nebulous, undefined and broad scope. They recognize that other states have similar but “more lucid” laws, citing  statutes in California and Texas that include more clearly defined prohibitions, such as candidate names, logos, or likenesses (though they expressly state that they do not take a position on the constitutionality of these other states’ laws.)

The takeaway from Mansky, like most SCOTUS decisions, is more nuanced than headlines or Twitter takes would have you believe. The Court did NOT rule that prohibiting “campaign apparel” at a polling place is a violation of free speech; rather, it held that Minnesota’s law was too imprecise and open to broad interpretation to pass constitutional muster.

The dissent by Sotomayor, joined by Breyer, disagrees with the majority’s opinion that the statute is “not ‘capable of reasoned application’ “, and believes that this question should have been certified to the Minnesota Supreme Court for interpretation and definition rather than striking down the law, an option the state requested the Court to consider. “The Court should be wary of invalidating a law without giving the State’s highest court an opportunity to pass upon it,” writes Sotomayor.

These particular decisions are not world-rocking, but the largely homogeneous agreement of the justices is noteworthy. It is likewise noteworthy that neither of these decisions lend themselves to much partisan hand–wringing- despite the petitioners in Mansky being mostly tea-partiers. Overall, a refreshingly uncontroversial day at the SCOTUS.