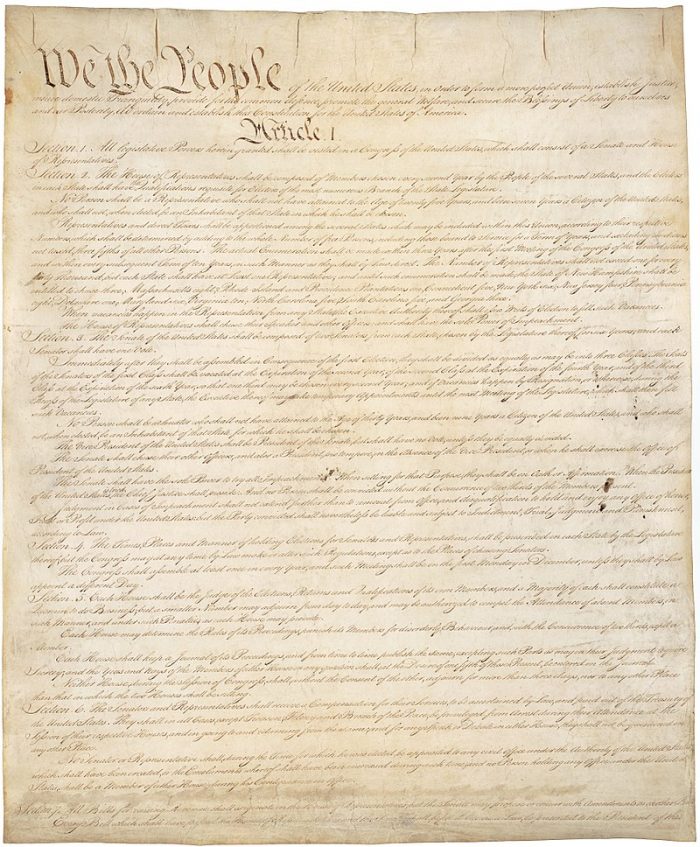 The Supreme Court of the United States this week ruled in favor of privacy in Carpenter v. United States, a case out of the sixth circuit involving the warrantless search of a defendant’s cell phone records. Specifically, the records obtained were that of “cell-site” information (what many still call “cell phone towers”), which reveal what particular antennas the defendant’s cell phone “hit” at a particular time. These records were used by the prosecution to prove the defendant’s location and thus proximity to the scene of the crimes for which he was charged. The defendant challenged the admissibility of the evidence.

The majority opinion, written by Chief Justice Roberts and joined by Justices Ginsburg, Breyer, Sotomayor, and Kagan, agreed with the defendant and reversed the ruling of the Sixth Circuit, which had determined the records admissible.

In grappling with the issue, the Court discussed its role in interpreting Fourth Amendment protections alongside evolving technology, from “pen registers” keeping record of land-line calls, to infrared censors, to GPS trackers surreptitiously placed on vehicles. Entire law school textbooks have been written to explain the various and nuanced rulings on these cases and why, for example, a radio transmitter hidden in a canister of chloroform purchased by a suspect and then used by police to follow the automobile in which he traveled was not ruled a warrantless search, but a GPS tracker hidden on a suspect’s vehicle for the same purpose was. The Court here, in Carpenter, does a good job of running through a history of their precedents before getting to the analysis of the cell-site records.

While cell phone users know this information is kept by carriers, the Court points out that the ubiquitous use of cell phones today means that cell-site info is “a detailed and comprehensive record of a person’s movements”, rather than a list of numbers dialed. The Court holds that one’s physical location and movements are subject to a legitimate expectation of privacy.  The Court quoted US v. Jones, its 2012 case involving the hidden GPS vehicle tracker:

Society’s expectation has been that law enforcement agents and others would not—and indeed, in the main, simply could not—secretly monitor and catalogue every single movement of an individual’s car for a very long period.”

In comparing GPS data with cell phone location data, the Court further quotes Jones, reasoning that “the time-stamped data provides an intimate window into a person’s life, revealing not only his particular movements but through them his ‘familial, political, professional, religious, and sexual associations.'”

The Court opined that cell phone location data goes even further, because while people do leave their cars, they are almost always within an arm’s reach of their cell phones, affording the government “near perfect surveillance, as if it had attached an ankle monitor to the phone’s user.” Noted the majority:

Whoever the suspect turns out to be, he has effectively been tailed every moment of every day for five years, and the police may—in the Government’s view—call upon the results of that surveillance without regard to the constraints of the Fourth Amendment. Only the few without cell phones could escape this tireless and absolute surveillance.

The Court calls its decision narrow, clarifying its intent to limit its holding to historical data; the Majority opinion states that they express no opinion on the retrieval of real time data, nor does the Court explicitly overturn any of its prior rulings.

Complicating matters in this case was that authorities did not simply call T-mobile and request the records. Rather, they sought an order from a court, tantamount to a subpoena, under the rubric of the “Stored Communications Act”, a federal law which requires the government to show “‘reasonable grounds’ for believing that the records were ‘relevant and material to an ongoing investigation’.” The Court points out that this is well-short of the probable cause standard required for a warrant in order to satisfy the Fourth Amendment, and holds that this provision of the SCA may not be used to obtain historical cell-site records: “the Government’s obligation is a familiar one-get a warrant.”

The Court sums up its holding thusly:

In light of the deeply revealing nature of CSLI, its depth, breadth, and comprehensive reach, and the
inescapable and automatic nature of its collection, the fact that such information is gathered by a third party does not make it any less deserving of Fourth Amendment protection. The Government’s acquisition of the cell-site records here was a search under that Amendment.

There were four separately written dissents from the majority. In the first, authored by Kennedy and joined by Thomas and Alito, Kennedy takes issue with the marjority’s view that business records held by a third party are covered by the Fourth Amendment. In Kennedy’s view, the “compulsory process” provided by the SCA is sufficient. He advocates application of a property interest analysis and the third-party doctrine, recognizing no difference in cell-site records and “other kinds of business records the Government has a lawful right to obtain by compulsory process.” He opines that, because the customers do not own, control, or have possession of these records, they have no reasonable expectation that they will not be disclosed. He further calls the distinction between cell-site records and phone call records or credit card records “illogical”, noting that the latter two kinds of records are still subject to subpoena.

In an apparent rebuttal to the majority’s concern that these records provide a detailed map and timeline of an individual’s whereabouts, Kennedy notes the data is imprecise and points to “a large geographical area” of up to two square miles, unlike the 15-foot accuracy of a GPS. As to the privacy expectations of the consumer, Kennedy notes that providers often sell this information to third parties and therefore cell phone users can have no expectation of privacy (though he concedes the information is sold “in the aggregate”, and not with individually identifiable information).

Justice Thomas wrote separately, his dissent based on his agreement with Justice Kennedy that the defendant had no property interest in the records. But Thomas goes further, rejecting the Court’s longstanding definition of “search” as “any violation of a reasonable expectation of privacy”. Thomas, in a word-by-word analysis of the Fourth Amendment, states his preference for the ordinary meaning of “look over or through for the purpose of finding something”, and advocates applying it specifically to “persons, houses, papers and effects” in a very literal reading of the text.

Thomas also joined with Justice Alito in his separate dissent, for many of the same reasons as the other dissenters. Before he launches into a five-and-a-half page history lesson, Alito calls the majority opinion “revolutionary”, both for granting the defendant an interest in records belonging to a third party and also for treating the court order to produce records as “a search”. Alito’s view is that the Fourth Amendment was not intended to apply to obtaining documents held by third parties, and that the Secured Communications Act was the proper method.

Finally, Justice Gorsuch wrote separately in a dissent in which he agreed with the majority in their disregard for the third party doctrine, but also adopted Justice Thomas’ rejection of the “expectation of privacy” test as well. Gorsuch believes a property interest analysis is the best approach to these records.

Search and seizure jurisprudence continues to evolve and defy bright line rules, and the five separate opinions here leave lots of room for interpretation on similar issues. The majority specified it’s holding was narrow, so one can expect more rulings in the future to further supplement and alter this particular body of law.