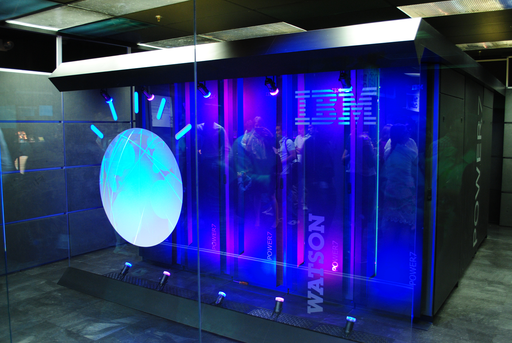 So man has built Deep Blue to play chess, Watson that can play quiz shows and problem solve, the worlds most powerful supercomputer, and now comes IDM’s “Project Debater”, which makes up for in tech what it lacks in imaginative branding. So who will talk to it?

To put this in context, the greatest achievement of Google’s Duplex system (basically an AI secretary that can make phone calls for you) has been to book a haircut without the receptionist noticing that it was not a human. (One feels like the joke was actually on Duplex with that one. Given the number of times I have dealt with receptionists who failed to notice that I was a human, I am not sure they are the best control group.) And let us not even contemplate the notion of holding a conversation with Siri or Alexa. Project Debater, meanwhile, will independently formulate its own arguments for and against a proposition, listen to a human opponent and formulate counterarguments, and even – at least in the sense of the term understood by computer researchers – make jokes. Perhaps the most human thing about it, though, is that it cannot intelligently absorb more than four minutes of speech at a time. Me too, buddy.

We are obviously still a fair way from the researchers’ goal of what is technically called Artificial General Intelligence: a machine that can successfully perform any task an average human could and even, perhaps, become self-aware. But what is really engaging in all this is the spectacle of watching IBM’s AI researchers gamely think through the kinds of problem-solving activities that, rolled together, would make something like a human brain.

In their quest to do so, the company’s coneheads have over the last three decades created a chess player (Deep Blue), a quiz contestant (Watson) and now a debater (by which time they had apparently run out of names altogether). If you wanted to make machines self-aware, could you choose worse groups of humans to emulate than chess players, quiz nerds and people who think debating is a sport? Roll Deep Blue, Watson and Project Debater into one entity, and you would essentially be creating the most bully-able kid in school – one of those children who are not even popular with their own mothers. It would be like bringing Pinocchio to life and sending him out into the world with a note saying “Kick Me” pinned to his back.

The irony of the route they have mapped for themselves is that if IBM does one day succeed in creating an intelligent machine, conscious of its own consciousness, capable of moving through the world and engaging its fellow sentient entities in conversation, it will most likely be a machine that no one will want to talk to.

4 thoughts on “Rise of the (Debating) Machines”