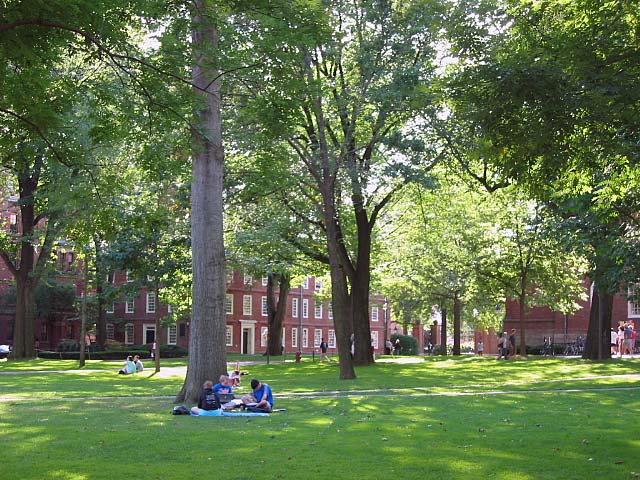 If Brett Kavanaugh is confirmed to the Supreme Court, all nine Justices of SCOTUS will be Ivy League affiliated in their education. But the Presidency is not any less upper-crust in credentials of late, to say nothing for the rest of government. Bill Whalen writes at Real Clear about “America’s Government-Hooked Up to an Ivy Drip?”

A second point worth noting: It’s not just the Supreme Court that’s covered in Ivy, but the White House too.

Starting with George H.W. Bush (Yale Class of ’48), the five most recent presidents have earned a combined seven Ivy degrees – George W. Bush (Yale-Harvard) and Barack Obama (Columbia-Harvard) being double-dippers. Yes, this includes Donald Trump, University of Pennsylvania Class of ’68 (apparently, this vexes the southernmost of the Ivy campuses).

Never before has the White House experienced such an Ivy rash. Prior to Bush 41, the last Ivied presidents were John F. Kennedy (Harvard and, briefly, Princeton) and Franklin Roosevelt (Harvard undergrad and a posthumous JD from Columbia).

The American presidency did experience an Ivy spurt in the first two decades of the 20th Century – Theodore Roosevelt (Harvard and Columbia Law), William Howard Taft (Yale) and Woodrow Wilson (Princeton). Somehow, the nation survived the 60 years between Roosevelt and the previous Ivied president, William Henry Harrison (the briefest of America’s presidents spent one semester at Penn; technically, he’s a non-graduate alumnus of the Medical Class of 1793).

Is America destined for an Ivy-Ivy duel in 2020, ala fellow Harvardians Obama and Mitt Romney in 2012 and Yalies George W. Bush and John Kerry in 2004? That would exclude the likes of former Vice President Joseph Biden, California Sen. Kamala Harris, Vermont Sen. Bernie Sanders and Massachusetts Sen. Elizabeth Warren.

14 thoughts on “Does US Government Have an Overgrowth of Ivy?”