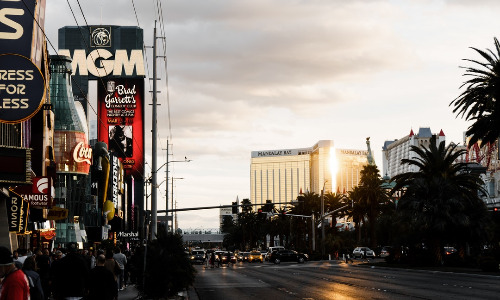 According to the headlines, hotel giant MGM made a move that would give most PR people a massive coronary: they have “sued” the victims of the horrific October mass shooting outside of their Las Vegas property, Mandalay Bay. Predictably, MGM’s court action here was met with much anger and bewilderment. Sue the VICTIMS? For what possible heartless reason would the company dare to do such a thing?

Some clarity: this is not a “lawsuit” in the traditional sense, in which a plaintiff alleges wrongdoing by another and demands monetary damages. In other words, MGM is not blaming the victims for anything or attempting to get money from them. MGM’s suit is actually a “Complaint for Declaratory Relief”, in which they are attempting to stop the victims from suing them.

MGM, knowing that they face potentially thousands of lawsuits from concert goers who were targeted by Stephen Paddock when he opened fire from his Mandalay Bay hotel room, is attempting to avoid the arduous and expensive litigation by asking a federal judge to issue an order declaring that under the law, MGM is not liable to any of them.

Specifically, MGM cites federal anti-terrorism legislation, known as the SAFETY Act. In relevant part, the Act limits liability where “certified” anti-terrorism services and technology are used, but an attack occurs despite these precautions. Per MGM’s Complaint:

[T]he SAFETY Act creates a single, exclusive federal cause of action for claims for injuries arising out of or relating to acts of mass violence where services certified by the Department of Homeland Security were deployed in defense against, response to, or recovery from such act and such claims result or may result in loss to seller.

According to MGM’s argument, the Act is intended to encourage venues and event organizers to utilize these types of anti-terrorism services by limiting their exposure to liability if the unthinkable happens despite their precautions. The Act states that the exclusive cause of action [lawsuit] arising from an act of terrorism which occurs despite the use of certified anti-terrorism services is only valid against the seller of those services.

MGM states that Contemporary Services Corporation (CSC) was the Security Vendor for the music festival, and that CSC was certified by Homeland Security per the Act. MGM points to lawsuits already filed (which have apparently been dismissed by the plaintiffs, but which are intended to be refiled) that claim MGM and CSC were negligent in “protecting and safeguarding” concert goers, and “implicate security at the concert, including training, emergency response, evacuation, and adequacy of egress”, all of which, MGM alleges, fall within the purview of the services CSC provided.

Thus, MGM argues, the SAFETY Act applies, and the only possible cause of action the concert goers have is against CSC. However, MGM doesn’t stop there. According to their theory of the case, the SAFETY Act may further provide CSC with a “complete defense to liability”:

In addition, the SAFETY Act provides that for any covered claims arising out of or relating to an act of mass violence where certified services were provided, “the government contractor defense applies in such a lawsuit,” which provides a complete defense to liability. 6 U.S.C. 442(d)(1). The government contractor defense precludes any finding of liability on the part of Plaintiffs to Defendants relating to Paddock’s mass attack.

The “government contractor defense” refers to a holding by the Supreme Court in which those providing services as government contractors enjoy the same immunity from liability as the government itself would, under certain circumstances. The SAFETY Act specifically endows the provider of anti-terrorism security services with this protection, unless those services have been willfully misrepresented by their provider.

Because of these provisions of law, MGM argues that they are immune from liability and should not be burdened with an onslaught of doomed lawsuits. Rather than have to raise these defenses in thousands of individual cases (they face over 2,500 of them, per their Complaint) they are asking the federal court to make a judicial declaration that the SAFETY Act applies and precludes any liability against MGM for claims arising out of the mass attack.

MGM has a compelling case under the relevant statutory provisions. However, attorneys for the potential plaintiffs, now aware of MGM’s defense, will no doubt carefully and creatively craft their pleadings accordingly. One potential issue for litigation may be just exactly how Paddock managed to get his arsenal and accoutrements into his room, with the hotel none the wiser. Unless CSC was in charge of Mandalay Bay’s day-to-day security, this may be one way around their SAFETY Act shield. A good lawyer is well-trained to couple the right facts with the right laws, and MGM just gave them a head start.

9 thoughts on “Is MGM Suing Vegas Shooting Victims? (Not Really…)”